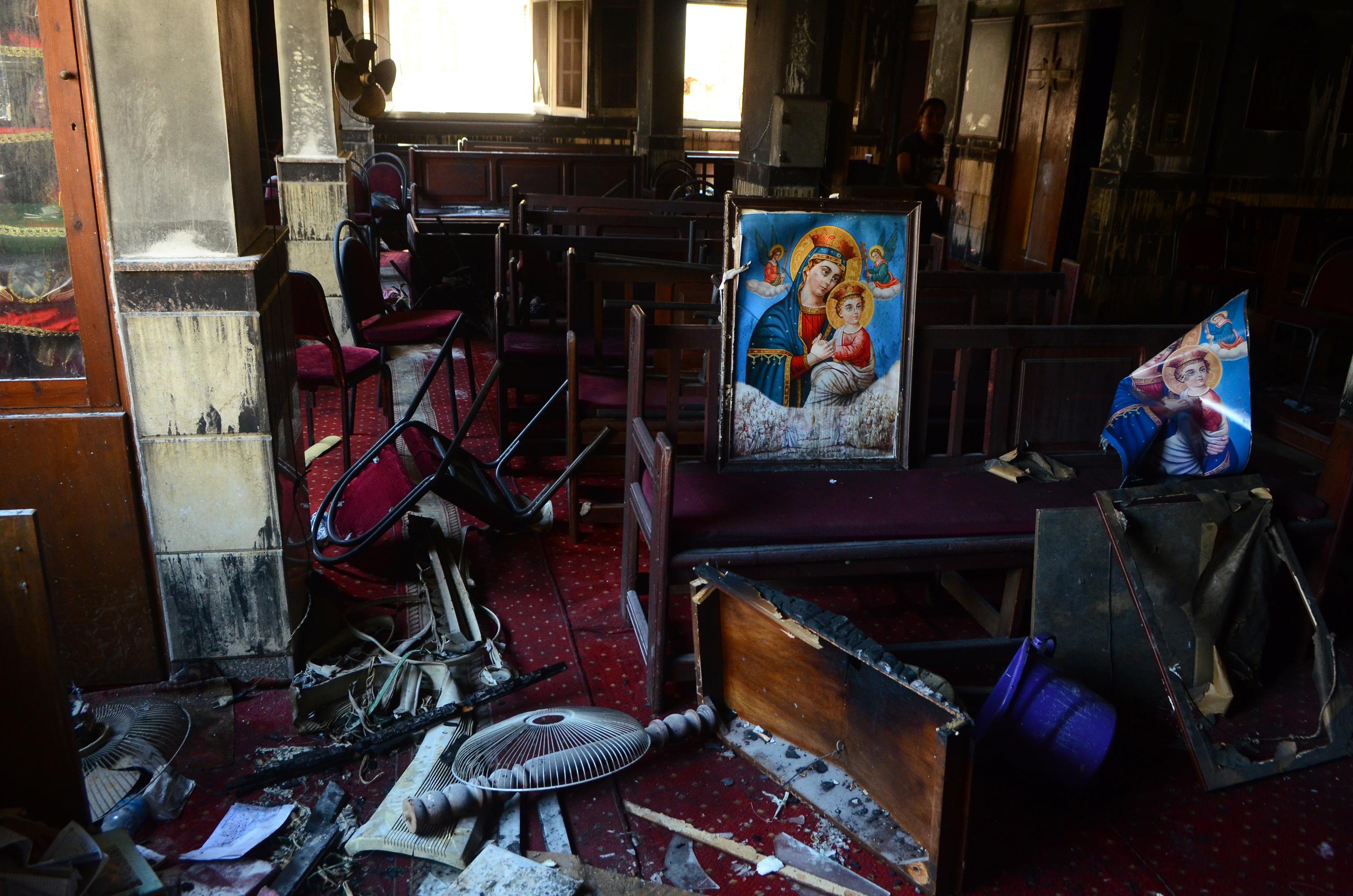 CAIRO (AP) — A fire ripped through a packed Coptic Orthodox church during morning services in Egypt’s capital on Sunday, quickly filling it with thick black smoke and killing 41 worshippers, including at least 10 children.Several trapped congregants jumped from upper floors of the Martyr Abu Sefein church to try to escape the intense flames, witnesses said.The country’s health minister blamed the smoke and a stampede as people attempted to flee the fire for causing the fatalities.Witness Emad Hanna said the church includes two places used as a daycare for children, and that a church worker managed to get some children out.

And we started to see from outside that the smoke was getting bigger, and people want to jump from the upper floor,” Hanna said.

Egypt’s Coptic Orthodox Church and the country’s health ministry reported the casualty toll.Fifteen firefighting vehicles were dispatched to the scene to put out the flames while ambulances ferried casualties to nearby hospitals, officials said.Abdel-Ghafar, the health minister, said in a statement that two of the injured were discharged from a hospital while 12 others were still being treated.Later on Sunday, emergency services said they managed to put out the blaze and the prime minister and other senior government officials arrived to inspect the site.

1 Russians paying £25,000 for seats on private planes after war mobilisation - The Guardian

4 Google Messages getting ability to react to SMS, as annoying as iMessage equivalent - 9to5Google

5 Look: Fans Are Worried About David, Victoria Beckham - The Spun

8 In The Greatest Beer Run Ever, Peter Farrelly tells a true story drunk on simplistic messages - The A.V. Club

14 As Trevor Noah Heads For The Stage Door, ‘The Daily Show’ Team Shocked At Timing Of Exit - Deadline