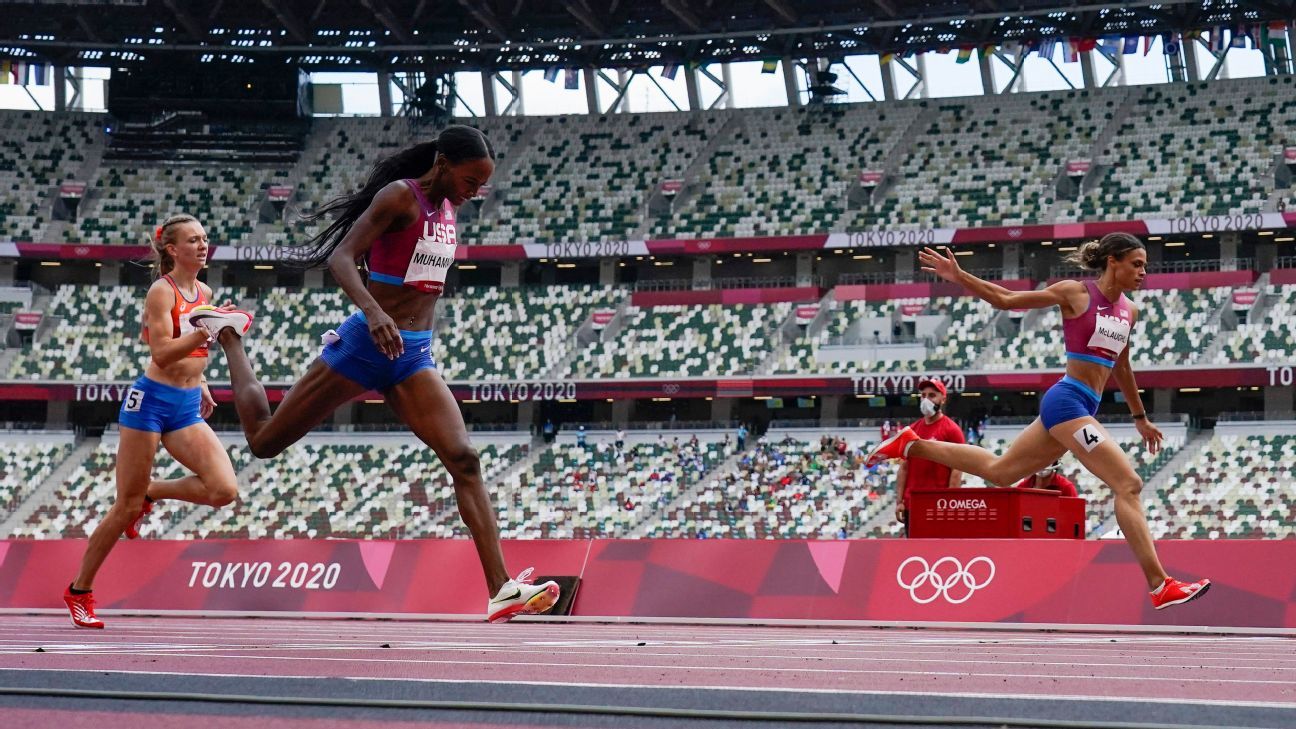 Aug 04, 2021 1 min, 23 secs
And of course Dalilah Muhammad and Sydney McLaughlin would live up to the hype, the anticipation and the moment in the women's Olympic 400-meter hurdles final.The race for gold in Tokyo actually started two years ago, at the 2019 world championships, when Muhammad held off a furiously charging McLaughlin to win and lower her own world record.

Olympic Trials in June, when McLaughlin took down Muhammad, who was recovering from injuries and COVID-19, and snatched Muhammad's world record.

McLaughlin overtook Muhammad in the final ten meters and won the gold medal, lowering her world record to 51.46.

Muhammad was second in 51.58, her fastest time ever, a time that would have been a world record on any other day.

Muhammad led the field through all ten hurdles; McLaughlin blasted through the second curve and trailed Muhammad by a stride through hurdles nine and ten.

Despite their ferocious battles on the track, McLaughlin and Muhammad are warm and complimentary off it, perhaps because they bring the best out of each other.

This was the fourth championship final in which they faced off and set a new world record.

McLaughlin is now one of the new faces of American track and field, along with 19-year-old Athing Mu, who won gold in the 800-meter; Gabby Thomas, who took bronze in the 200-meter; and the silver medalist shot putter Raven Saunders.

With the great Allyson Felix competing in her fifth and final Olympics, McLaughlin is one of the women who will carry the sport forward as the world championships come to Hayward Field in Oregon in 2022.