Opinion: A mother ought to moderate the next debate - Business Insider 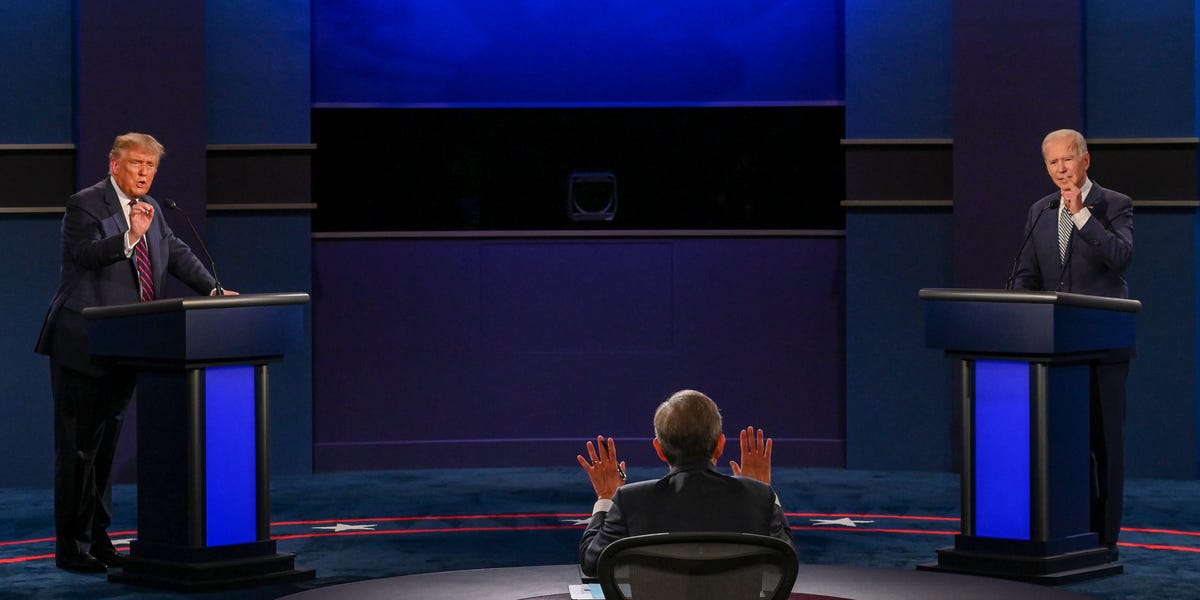 Thirty minutes into the exchange between President Trump and Democratic candidate and former Vice President Joe Biden, I fell asleep on the sofa, a pile of unfolded laundry at my feet. .

As the mother of two children under three — our second born just weeks before our toddler's daycare was shuttered as New Yorkers were ordered to "shelter in place" — this is a typical scenario: It's hard to stay awake through a favorite TV program, let alone what is being described as "a shambolic shout fest, with scarcely a single morsel of substance to be found." .

From what I saw, this analysis sounds accurate: Instead of a constructive dialogue, two grown men — bidding for control of what was once a powerful nation — interrupted one another and volleyed personal attacks. .

For his part, Biden tried to address the American people and present his plan to lead the nation out of an unprecedented public health crisis and the worst economic downturn since the Great depression, while Trump lobbed unfounded accusations and made-up statistics, displayed his racism, and stoked division between moderate Democrats and the Progressive Left. .

After convivially welcoming all and explaining the rules, both candidates spoke for their allotted two minutes before the debate devolved into what Wallace called "open discussion." Wallace struggled to regain an appearance of authority, admonishing the president for speaking over Biden and disregarding the rules.

The awkward exchange repeated throughout the night, Wallace rebuking the president, who'd respond with something along the lines of "nu uh, I did not!" and "he did it first!" .

While other nations heeded scientists' advice and took the COVID-19 pandemic seriously — shutting down nonessential businesses, and ordering citizens to shelter in place — Trump lied to Americans, and downplayed the threat.

Day after day, my toddler tests me, and I frequently lose my temper — and so I sympathize when Biden capitulates to Trump's taunts.

Last night, Biden called Trump a "clown," and said "you are the worst president in American history." When Biden said "Will you just shut up, man," I realize he was only being human

Last night Biden cited a horrific statistic to argue that President Trump has not been good for Black Americans: 1 in 1,000 Black Americans have died in the COVID-19 pandemic