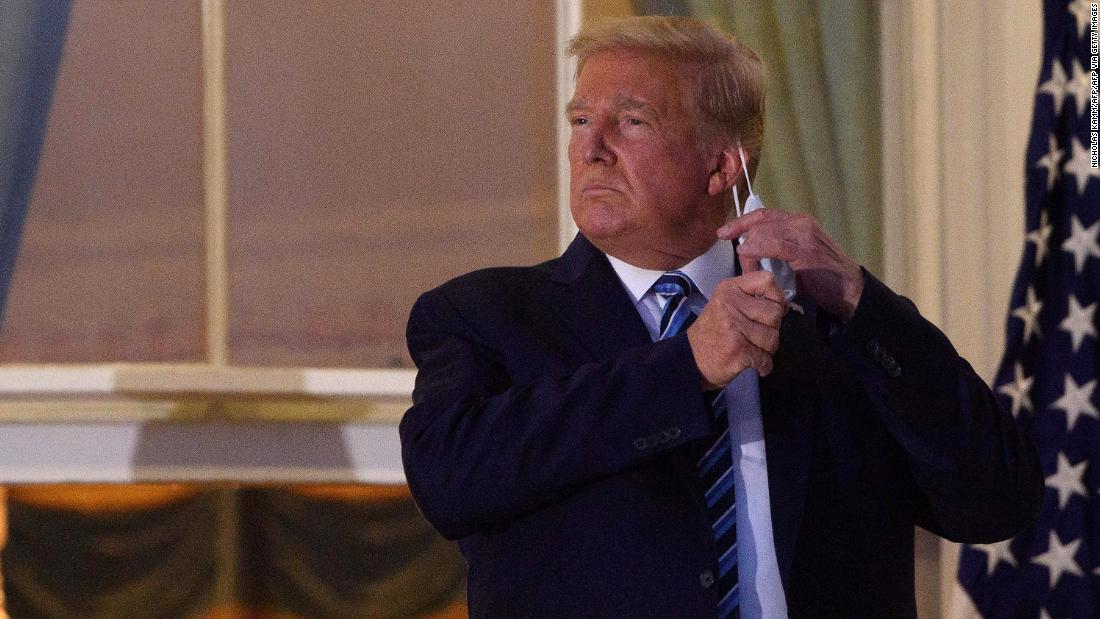 Feb 22, 2021 3 mins, 14 secs
But there was another big lie in 2020, also propagated by former President Donald Trump, involving the coronavirus pandemic.

The resulting interplay between politics and the pandemic created an irresolvable conflict that influenced the Trump administration's coronavirus response for the remainder of his term.

On January 22, 2020, the day the US reported its first case of Covid-19, President Trump said he wasn't worried about the outbreak becoming a pandemic.

This is going to be the roughest thing you face." On Febuary 7, 2020, Trump told Woodward the coronavirus was highly lethal, noting that it was "more deadly" than -- "even your strenuous flus."

On February 25, four days before the first report of an American coronavirus death, Dr.

Nancy Messonnier, the head of the US Centers for Disease Control and Prevention's National Center for Immunization and Respiratory Diseases, informed reporters that she had told her children that "we as a family ought to be preparing for significant disruption to our lives."

That same day, Alex Azar, then Department of Health and Human Services Secretary, assured the press that the Trump administration was committed to "radical transparency."The next day, the President said: "This is a flu.

They are NOT effective in preventing general public from catching #Coronavirus, but if healthcare providers can't get them to care for sick patients, it puts them and our communities at risk!"

On April 3, the CDC changed its position, and advised all Americans to wear a face covering in public.

I'm choosing not to do it, but some people may want to do it, and that's OK." He added, "Wearing a face mask as I greet presidents, prime ministers, dictators, kings, queens -- I just don't see it." The message to his followers was clear: masks were optional.

Despite Trump's public nonchalance, in private he had known for months precisely how easily the virus was spread, and the rationale for wearing masks.

That's a very delicate one." On April 13, Trump told Woodward that the coronavirus was "so easily transmissible, you wouldn't even believe it."

For Trump, however, there was no going back, and it would be another three months before he agreed to wear a mask in public.

During a July 12 visit to Walter Reed National Military Medical Center, Trump told reporters, "I've never been against masks, but I do believe they have a time and a place." But the damage had been done, and like wearing a red MAGA hat, refusing to wear a mask in public became a sign of fealty to the president.

As I've said before, if folks want to wear a mask, they should be free to do so.

PEOPLE ARE FED UP!" Cain died of coronavirus one month later.

During the summer, with deaths mounting, Trump sidelined his principal coronavirus advisers and brought in the Hoover Institute's Scott Atlas, whose libertarian theories were more aligned with the Trump's public declarations than those of his existing team including Anthony Fauci and Deborah Birx.

As he stood facing the South Lawn, the former president dramatically removed his mask, saluted Marine One, and then turned and, actively infected with the coronavirus and unmasked, he entered the Executive Residence.

Three weeks later, the University of Washington's Institute for Health Metrics and Evaluation issued what would turn out to be an astonishingly accurate prediction.

Christopher Murray, the Institute's director said, "We think the key point here is that there's a huge winter surge coming." Murray and his colleagues were spot on, but still there was no Trump administration push for universal masking.

When asked this past fall why he didn't tell the truth to the American public the then-president replied, "I don't want people to be frightened.

The Greek tragedian Aeschylus wrote, "In war, the first casualty is truth." When the history of the American war against the coronavirus is finally written, historians will note that Donald Trump's big lie about masks was the original sin.