Opinion: This town powered America for decades. What do we owe them? 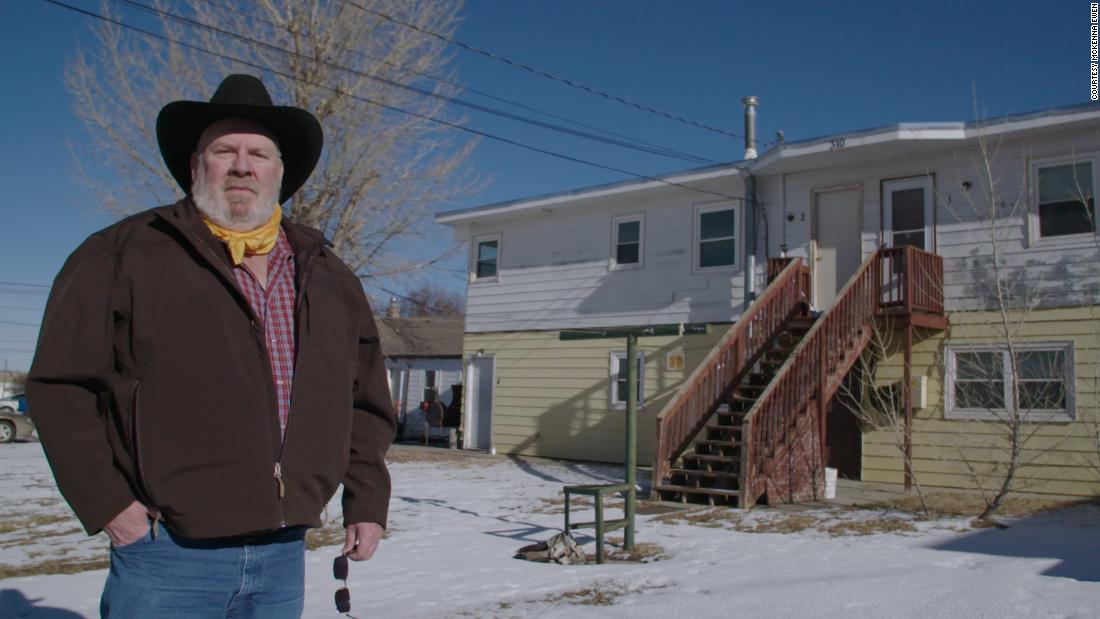 Gillette is the town that powers America -- at least it did for decades.

It's a place that simultaneously calls itself the "Energy Capital of the Nation" while also planning for a future in which the fossil fuel industry may not exist.

I've been exploring your questions about the climate crisis as part of an ongoing series for CNN Opinion, and Gray's message seemed to bring up some of the toughest questions concerning what must be a rapid transition away from fossil fuels.

Implicitly, Gray seemed to be asking: What will happen to Gillette -- and other fossil fuel towns -- as the coal industry recedes and clean-energy goals are realized?Climate advocates tend to lump solutions to all of these issues under an umbrella term: "just transition." Not like, "just get on with this transition already." "Just" as in fair.What do we owe Gillette and its workers?

Gillette was founded in the late 1800s as a railroad town -- named for a surveyor.

During the boom, the town was so crowded and chaotic that some families lived in tents, said Jim Ford, a Gillette resident who advises local government agencies and non-profits on economic and energy issues.Steve Gray told me that his family was one of the ones that came to the region to work in the fossil fuel industry in the early 1970s.That was when the "economy just collapsed." "The energy industries always have been boom-and-bust, but this was a big one," said Gillette Mayor Louise Carter-King, who keeps an image of her father, who also was mayor of Gillette, hanging behind her desk.

But you won't find too many people in Gillette who believe Trump kept his promises to coal workers -- or that it was even possible to keep them.

(Mayor Carter-King estimates most people's jobs in Gillette are linked to coal and other fossil fuel industries -- whether directly or indirectly).

'The coal industry's on its last leg' Here's an inconvenient truth: Towns like Gillette tend to fail."There's not a sterling example," said Jake Higdon, a senior US climate policy analyst at the Environmental Defense Fund who has contributed to several reports on fossil fuel communities.Timber towns, auto towns, military town, mining towns -- the logical progression is toward "ghost town" status if the town isn't big enough, or industries aren't diverse enough.Phil Christopherson, CEO of Energy Capital Economic Development, a local non-profit that's funded by industry as well as city and county government, told me that he hopes children who are growing up in Gillette 50 years from now won't even know that this was a coal town."It's going to be a tough transition for this community," Christopherson said, "and we're doing our best to prepare for that, so we still have a community here in five, 10 or 50 years." Carbon ValleyYet, Gillette remains conflicted.

PacifiCorp, the massive power company that is retiring some of its coal power plants in Wyoming, recently opened a large wind farm -- 520 megawatts, enough to power about 150,000 homes, according to Laine Anderson, the company's director of wind operations -- about an hour-and-a-half drive south of Gillette.

Just transition Perhaps Gillette is less a place of contradictions than one of surprises.After his layoffs from the oil and coal industries, he lost the house he shared with his ex-wife and son, who is now 25.It's hard to talk here about a "just transition" for fossil fuel workers -- as if any transition for workers in dying US industries ever has been "just." Jason Walsh, executive director of the BlueGreen Alliance, which aims to unite labor and environmental interests around the issue of a transition for dislocated fossil fuel workers, told me there's no justice in what happened to auto workers or timber workers -- or in what's happening to fossil fuel workers now.

In seeking a transition away from fossil fuels -- which, again, is required by science if we want to continue living on a habitable planet -- we must learn from the mistakes of the past.

Walsh advised the Obama administration on a grants program -- called the POWER+ Plan -- that aimed to help diversify the economies of coal towns in the Appalachian Mountains.

Advocates are, smartly, in my view, pushing the White House to create an office focused on this economic transition -- assisting fossil fuel communities and creating new jobs, according to advocates involved in these efforts.

Colorado recently took a step in this direction by creating an Office of Just Transition.Their focus should be on struggling towns like Gillette.President Joe Biden and the Democrats who now control Congress could earn respect, if not votes, for telling coal country the truth -- that coal must be phased out of the national energy mix, but that workers will not be left behind.

That means they should get job training, health care, wage replacement and, when possible, jobs in the new industries that are popping up to replace fossil fuels.