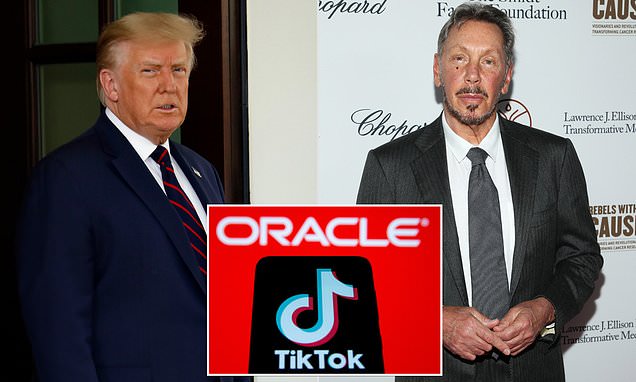 Oracle's bid to buy TikTok from Chinese parent ByteDance has reportedly fallen short of requirements from the Trump administration to resolve concerns that the video-sharing app represents a national security concern.

Marco Rubio and five other Republican senators have called on the Trump administration to reject the deal if ties to Chinese owner Bytedance remain.

Rubio, the first senator to call on the administration to investigate TikTok over censorship concerns, said in the letter to Trump that 'serious questions' remained about Oracle's role, the technology it would provide to Bytedance, and the future of the application's algorithm.

'We are heartened that this deal still requires government approval, and if reports indicating this proposed deal will retain links to ByteDance or other Chinese-controlled entities, we strongly urge the administration to reject such a proposal on national security grounds,' he added.

Trump had previously made clear he sought a full-scale sale of the app to an American technology company, amid concerns among national security officials that Bytedance could provide American user data to the Chinese government. .

Chinese officials have said ByteDance should not be coerced by the United States into a deal.