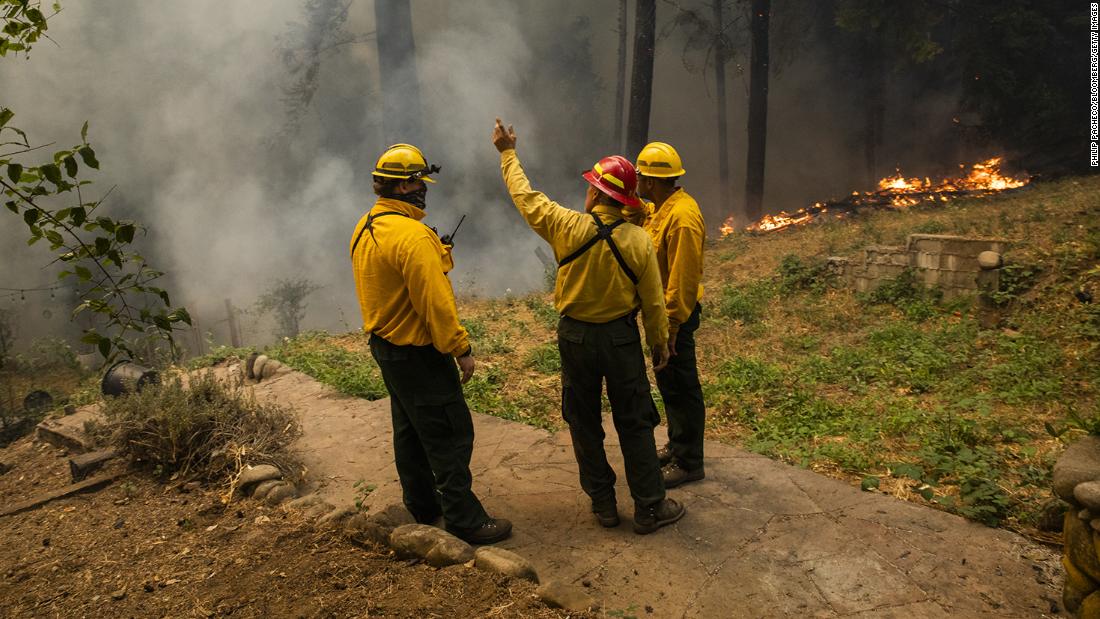 "Each and every tip that comes in, we're following that to the end," Roberts said, but investigators typically find that the tipsters' information came "from a friend of a friend" who has no evidence.

Gavin Newsom said Wednesday that climate change is to blame.

"The trendlines are not going in the right direction."

The governor's comments come just two days after President Donald Trump refused to acknowledge the effects the climate crisis is having on the state's forest fires during a visit to California, where he joined Newsom on a tour of a wildfire-ravaged area.

Newsom said Wednesday that he "directly confronted the president" on climate change -- though a video of the press briefing from earlier this week shows a gentler exchange between leaders.

And with a warming trend returning over the weekend, authorities said it is likely not going anywhere soon.

"With no significant precipitation in sight, California remains dry and ripe for wildfires," said Cal Fire.

The state saw the impact of recent drought last month when an extreme heat wave sparked a rash of fires.