'Pale blue dots' like Earth may be rare among habitable worlds - Space.com

'Pale blue dots' like Earth may be rare among habitable worlds - Space.com 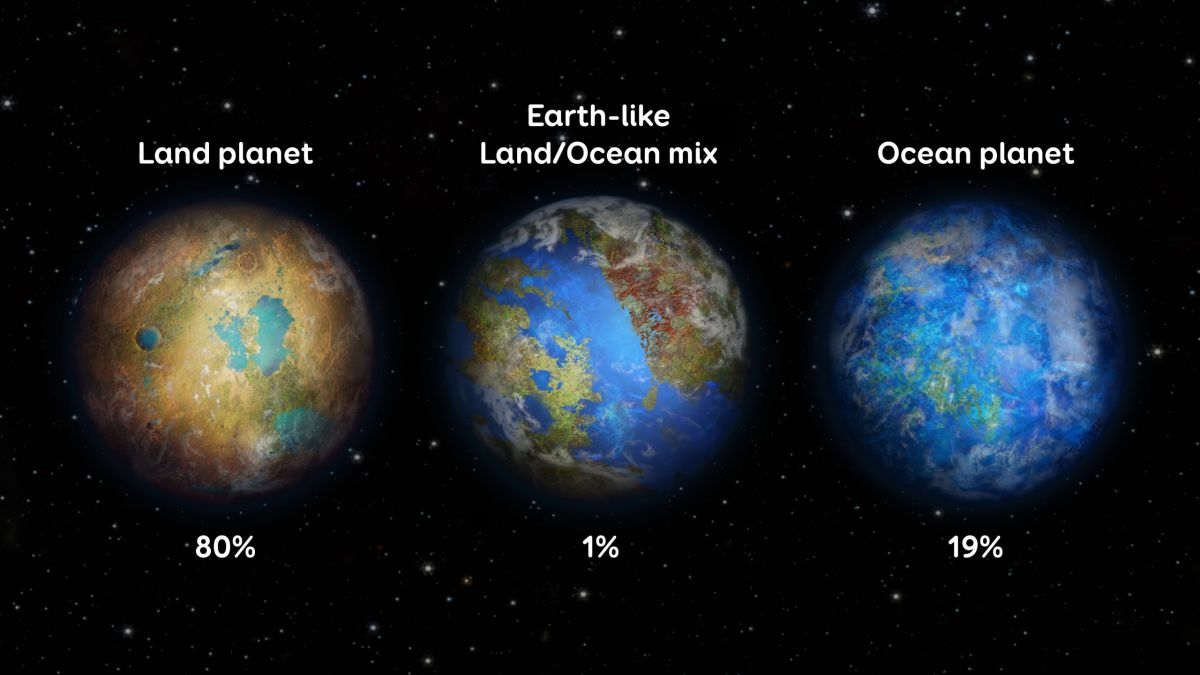 According to a new study, Earth-like planets with about 30% of their surface covered by exposed continental land may make up only 1% of rocky worlds in stars' habitable zones, the areas around stars where liquid water can exist on a planet's surface.

Instead, roughly 80% of potentially habitable worlds are completely dominated by land, and about 20% are purely ocean worlds, the study found.

The researchers came to this conclusion by modeling the relationship between water in a planet's mantle and a planet's recycling of continental land via plate tectonics.The results indicate that Earth's ratio of land to sea (1:3) is finely balanced and that for most planets, this ratio can easily tip over into mostly land or mostly sea.

How well subduction zones at the boundaries between tectonic plates can cycle water over land at this mantle temperature dictates whether a planet will be dominated by land or ocean. .

They found that, while both land- and ocean-dominated planets could still be habitable, with similar temperatures if all else were equal, their life-forms and climates might not be quite unlike Earth's.

On these land-dominated planets, cold deserts would stretch across the landmasses, and vast glaciers and ice sheets would be common.

For example, a study by Evelyn MacDonald of the University of Toronto found that for tidally locked worlds, the more land there is, the greater the average surface temperatures in general, Space.com previously reported.

And perhaps the most famous study of land planets, led by Yutaka Abe of the University of Tokyo in 2011, found that land planets can remain habitable across much wider distances from their star than water worlds can and that they don't freeze over as fast because there is less water for ice and snow.

However, Abe's study, along with others, agrees with Spohn and Höning's conclusion that land-dominated planets would be far more common than Earth-like or water-rich planets. !

6 Interactive map of the universe journeys through space-time - Space.com

8 Here's how NASA and Europe will bring Mars samples back to Earth (video) - Space.com

13 The hunt is on in neighboring galaxy for 2nd closest monster black hole to Earth - Space.com

3 Robertson has hat trick to push point streak to 17, Stars shut out Ducks

11 What is ChatGPT, the AI Chatbot That's Taking The Internet By Storm - Slashdot