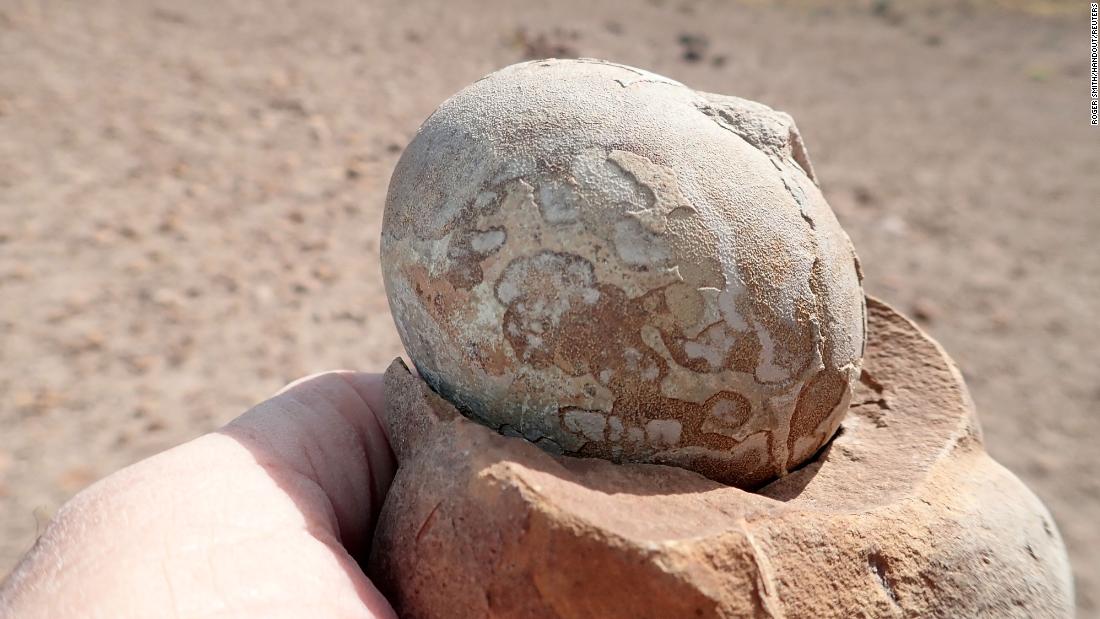 Oct 22, 2021 44 secs
Scientists said on Thursday the fossils include more than 100 dinosaur eggs and the bones of about 80 juveniles and adults of a Jurassic Period plant-eating species called Mussaurus patagonicus, including 20 remarkably complete skeletons.

"It preserves a dinosaur nesting ground including delicate and tiny dinosaur skeletons as well as eggs with embryos inside.

It could be that they stayed in the same herd after reaching adulthood, but we don't have information to corroborate that hypothesis," said paleontologist and study co-author Vincent Fernandez of the Natural History Museum in London.