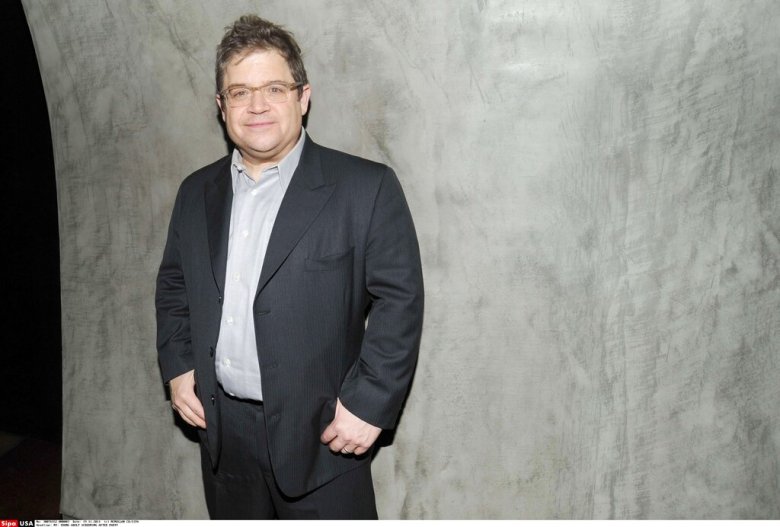 Patton Oswalt has several modes: There’s the affable, warts-and-all comedian who has been performing onstage for decades, the comedic performer with dramatic chops known for everything from “Ratatouille” to “Young Adult,” and a comic book junkie who reads as much as he writes for the form.

This week, Oswalt stars in “I Love My Dad,” the sophomore effort of writer-director James Morosini, which won SXSW earlier this year.

I like going spelunking on places like Paramount+ and HBO Max to find the more obscure, weirder stuff.

They’ve got all the A24 films, a lot of obscure indie stuff, and I just go into the depths with that.

People making movies in the ‘40s like Michael Curtiz weren’t able to draw from people like Scorsese or late-period Hitchcock.

“I Love My Dad” isn’t the most commercial undertaking.

I think it was always equally as hard to get stuff like this made.A lot of times these days I say no because my schedule is so insane, but I’ll also say no to stuff if it feels like there isn’t any imagination for the script, or if I can tell it’s going to be boring.I don’t think about it.

I just think I’ll let it fly, and if I say something shitty and someone wins the argument with me, I’m fucking sorry.

I don’t think cancel culture is real for content.

They’re getting arrested and when no one wants to work with them people are like, “Oh, that’s cancel culture.” No, that dude did something horrible.

It’s getting the laughter of disbelief that I want to get.

I don’t think someone at my level is going to get jumped at the club.When you see people who have been pushed to such a place of hopelessness and unfeeling, just being uncared for their whole lives, they just want any kind of human contact even if it’s negative.

A guy like that who had been so sick and was just feeling like, “Look at this privileged guy whining about this stuff” — well, I’d be equally angry.

As a comic book guy, what do you make of the way this kind of toxicity pervades fan culture?

There are fans out there who unfortunately look at everything they love as showing the person how much they love them by hating other things.

“Sandman” is a sacred property for comic book people.

If you want to see what it’s like to slavishly put a comic book on the screen, go watch Zack Snyder’s “Watchmen.” Now, Zack is a really talented filmmaker but he literally recreated it frame by frame and it didn’t work.

There’s some weird sex stuff in that book.

If you are looking at the headlines and going, “I am planting my flag on the hill of Don’t Fuck with ‘The Sandman,'” well, then, you’ve got some really serious problems?

It’s one of my favorite stories of all time.

If you see it and it’s bad, absolutely criticize it, but don’t look at a title and go, “Oh no!” You have no idea if it’ll work or not.

These are massive projects with a ton of marketing behind them, a world apart from “I Love My Dad.” Do you feel like it’s harder to get original work seen these days.

People are not as divided as you think.

I was just in Lincoln, Nebraska and Boise, Idaho?

I hear you, but I want all these people in different parts of America to vote for things that I believe in, and a lot of them don’t.

Unfortunately, we just lost the great Samantha Bee’s show, which I thought was fantastic

1 Trevor Noah to leave The Daily Show, saying he wants to do more standup - The Guardian

13 The Milky Way is 'rippling' like a pond, and scientists may finally know why - Livescience.com

16 The Love Horoscope For Each Zodiac Sign On Friday, September 30, 2022 - YourTango