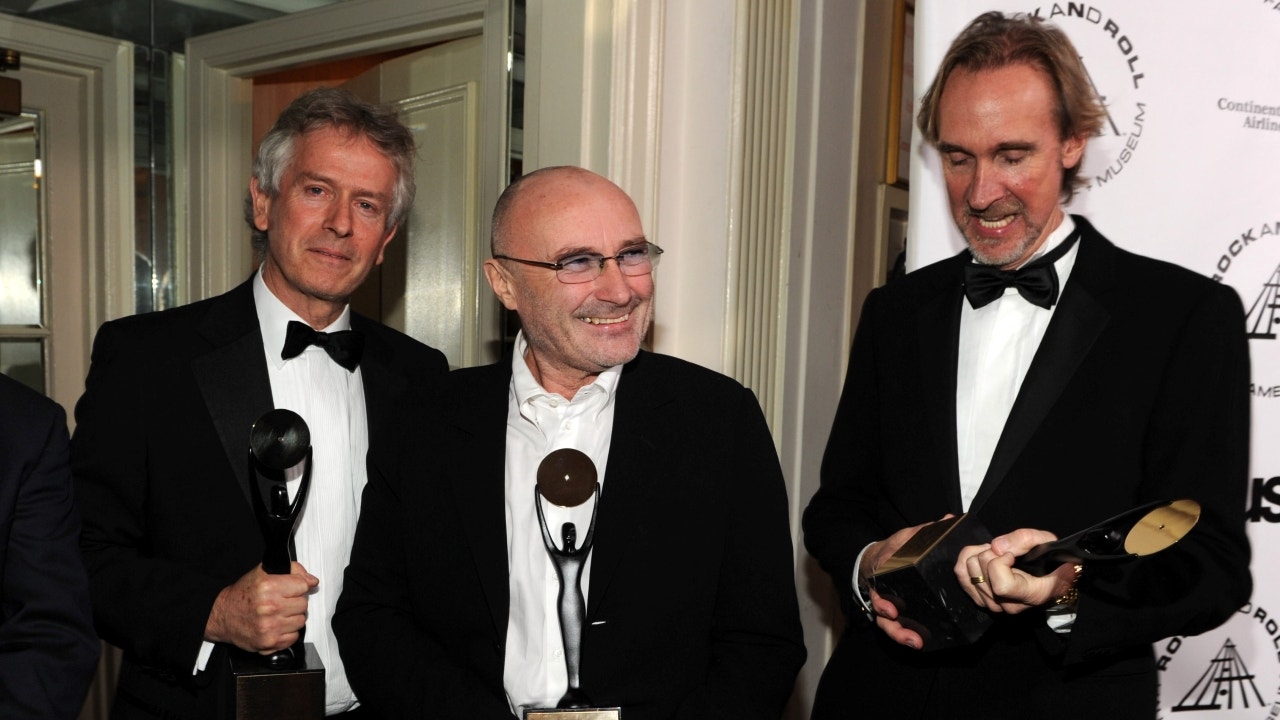 Market data provided by Factset.Phil Collins and his former bandmates from the British rock band Genesis have sold a bundle of their music rights to an American music label for over $300 million, according to the Wall Street Journal.Lead singer Phil Collins, along with keyboardist Tony Banks and bassist Mike Rutherford, made the deal with Concord Music Group Inc., an independent music label based in Tennessee.Tony Banks, Phil Collins and Mike Rutherford of Genesis attends the 25th Annual Rock and Roll Hall of Fame Induction Ceremony at The Waldorf-Astoria on March 15, 2010 in New York, New York.Phil Collins, Tony Banks, Mike Rutherford, Daryl Stuermer, and Nicholas Collins perform during Genesis's "The Last Domino?" reunion tour on March 17, 2022 in Nanterre, France.The music rights deals naturally attract retired musicians as well. As Collins battles health issues that makes it unable for him to drum or stand for prolonged periods of time, the mega-deal gives him and his fellow bandmates – all in their early 70s – the chance to capitalize on their life's work for a massive lump sumDrummer Phil Collins, bassist Mike Rutherford, keyboardist Tony Banks, singer Peter Gabriel and guitarist Steve Hackett pose for a portrait in 1972New Jersey singer-songwriter Bruce Springsteen had recently sold his music rights for a whopping $500 million, while Bob Dylan gave his entire song catalog to Universal Music Group in a nine-figure deal

16 New List of the Most Dangerous Pathogens Will Include 'Disease X,' the Likely Next Pandemic - Gizmodo