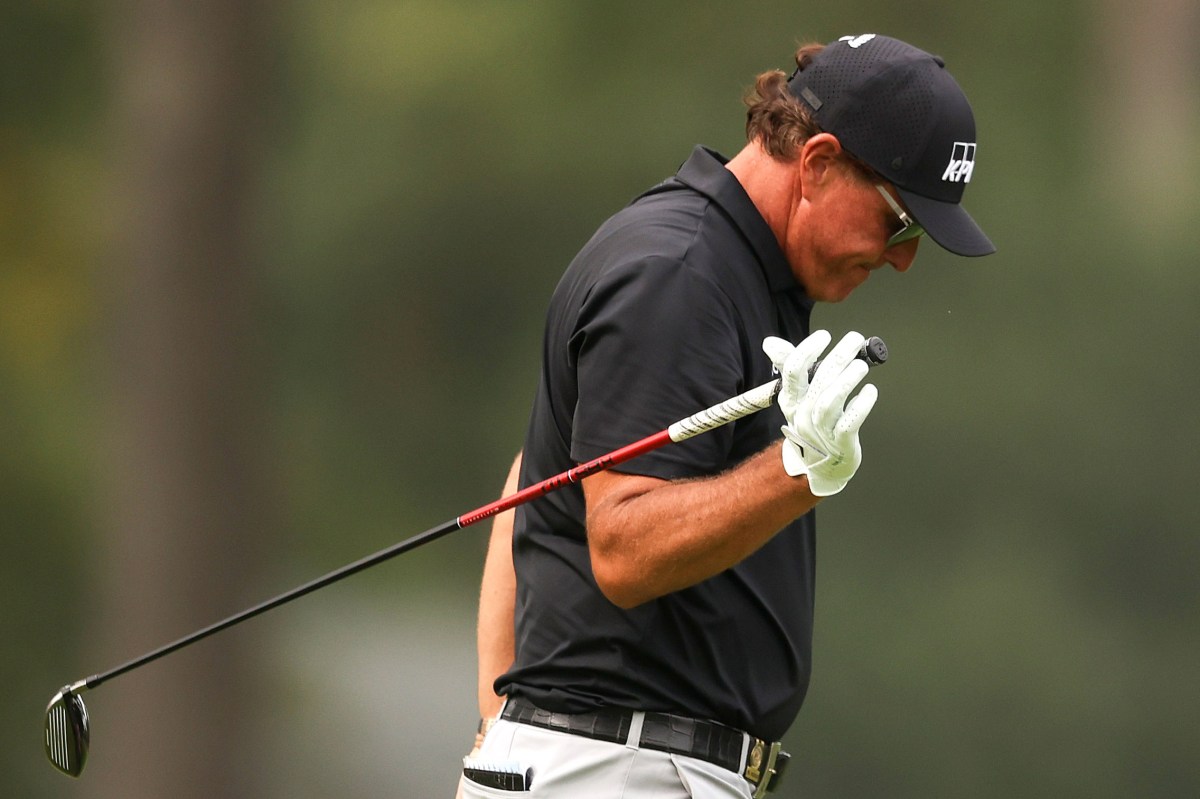 Phil Mickelson’s US Open frustration boiled over on the ninth hole after he hit his second shot way right on Thursday.

An NBC camera caught a defeated Mickelson muttering, “I am so sick of this” after a wayward shot landed on the first tee at Winged Foot.

Mickelson did recover to record a par on the hole.

That shot came from the fairway, but it was a rare approach from there as Mickelson struggled with his driving accuracy throughout the round.

Mickelson, 50, did open his day with back-to-back birdies before three straight bogeys.

But it just got worse from there for Mickelson, who was returning to the site of his greatest US Open disappointment?

At the 2006 US Open at Winged Foot, Mickelson, double bogeyed the 72nd hole to cost himself the championship