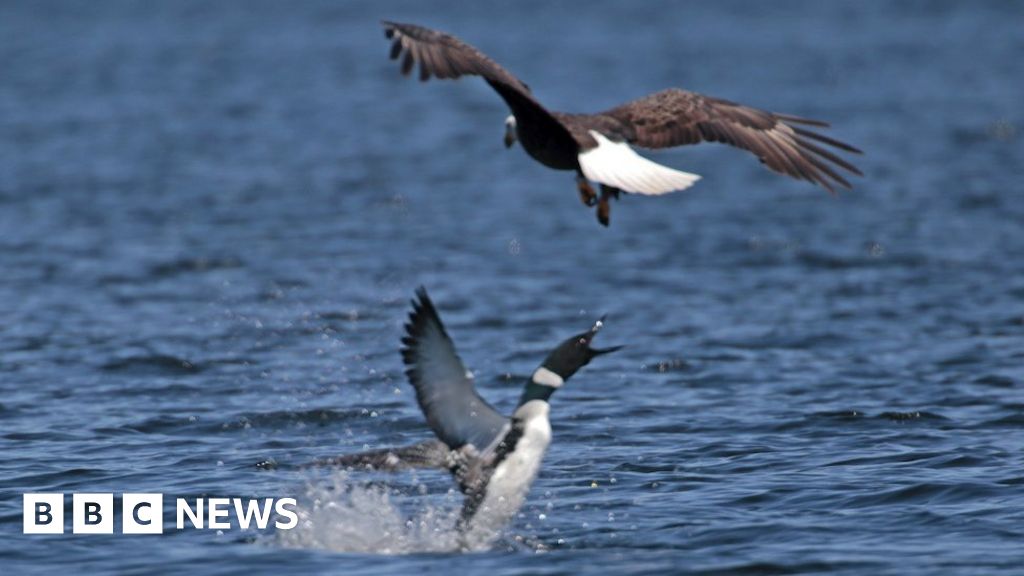 And in a contest between the bald eagle, America's national bird, and a common loon, which is featured on Canada's dollar coin, few would bet on the latter to come out the victor.

But sometimes the underdog comes out on top, as was revealed when an eagle was found dead in the water near a dead loon chick in a Maine lake.

Bald eagles are protected in the US, and typically their remains are sent to the directly to the National Eagle Repository in Colorado

But after seeing a dead baby loon chick so near the carcass, scientists began to wonder if the eagle could have been killed by an enraged mother loon in an avian equivalent of David and Goliath

So they sent the eagle not to the eagle repository, but to the National Wildlife Health Center in Madison, Wisconsin where it could be examined by a loon specialist