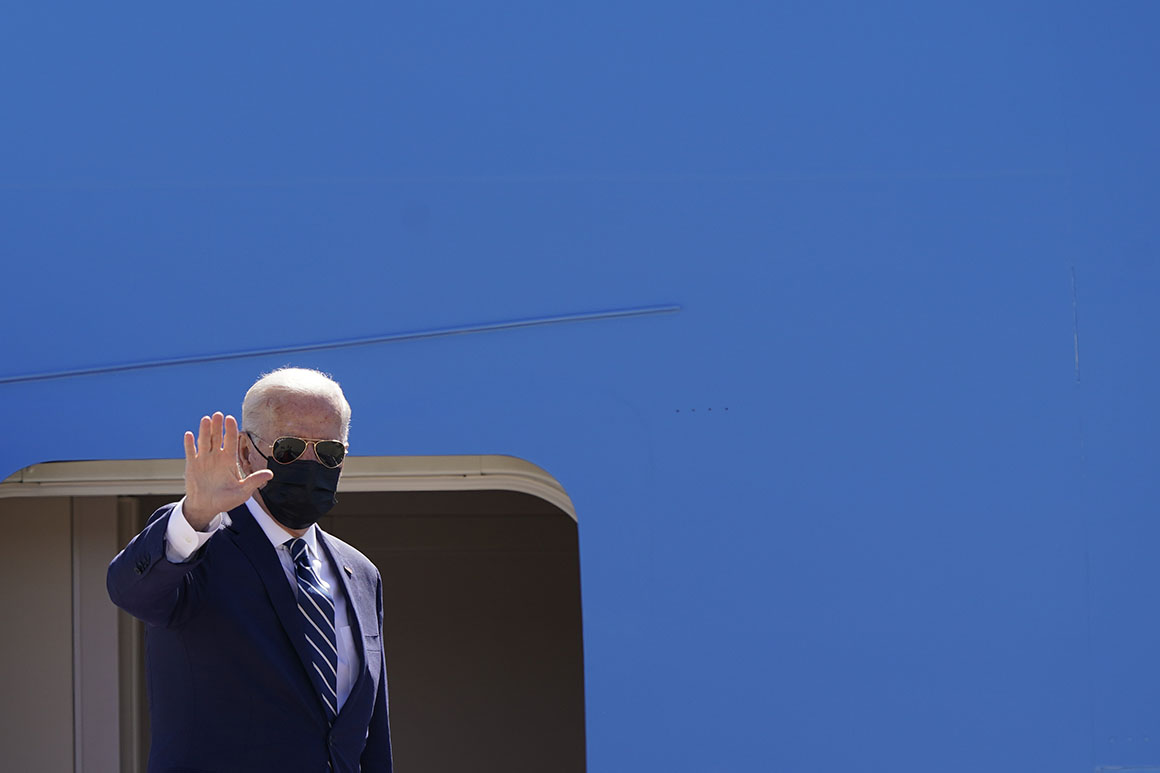 May 06, 2021 5 mins, 9 secs
“I think the Republicans are further away from trying to figure out who they are and what they stand for than I thought they would be at this point," President Joe Biden said earlier this week.

(They love rhyming and alliteration in this White House!) As has become typical, Biden has spent this week bouncing between pandemic-related events and infrastructure-related events.

Jean-Pierre said Biden would speak about the “stark contrast between the middle-class agenda” he’s put forward and the GOP’s “opposing vision that has placed tax cuts for the wealthy and giveaways to big corporations over all else.”.

These two sets of comments are a good indication of how the White House views the GOP right now: They see a divided opposition gradually coalescing around devotion to an former president known primarily for one thing these days: lying about the legitimacy of the 2020 election.

And with the GOP mostly absent from any actual debate about policy, the White House believes it has the upper hand and can easily define Republicans as handmaidens to the wealthy and corporate America.

2022 WATCH — “Trump aides flood Senate and gubernatorial races as consultants and pollsters,” CNN: “As the 2022 midterm map takes shape, at least seven Senate races have seen the direct or indirect involvement of former [DONALD] TRUMP staffers … Some of these same Trump veterans have also joined gubernatorial campaigns in Virginia and Nebraska ….“For aides with limited political experience predating the Trump era, consulting opportunities for novice candidates has provided a lucrative landing pad in a job market that has otherwise been difficult … The process of nabbing Trump’s endorsement has proved arbitrary in the months since the former President left office, with aides telling CNN that he will often change his opinion of a candidate from one day to the next.” Plus plenty of details on who’s working for whom.

MEANWHILE — “Poll Shows Parents Are Reluctant to Get Their Children Vaccinated for Covid-19,” NYT: “Only 9 percent of respondents said they hadn’t yet gotten the shot but intended to do so, according to the survey, published in the April edition of the Kaiser Family Foundation’s Vaccine Monitor.“While 69 percent of people said they had confidence in the safety of the vaccines made by Pfizer and Moderna, only 46 percent felt confident about the safety of the Johnson & Johnson vaccine.

Among that group, 55 percent said they had gotten a shot or intended to do so, up from 46 percent in March.” The poll.

POLITICO GETS RESULTS — “Audubon fostered toxic work culture for women and people of color, probe confirms,” by Zack Colman: “The report by law firm Morgan Lewis substantiated several claims, including that white men in the organization carried disproportionate influence over decisions, and recommended ‘changes to the structure and leadership of the organization.’” The audit … Zack’s original story.COFFEE’S FOR CLOSERS — “Thieves jacked the Republican National Committee for $44K and then went on a coffee shopping spree, records show,” Insider: “The RNC spokeswoman EMMA VAUGHN told Insider that the theft stemmed from fraudulent charges made in September on an RNC American Express card ...

… The most prominent conservative coffee business is perhaps the Black Rifle Coffee Company, a subscription-based roaster founded in 2014 by an ownership group composed of former military personnel … Black Rifle does not make many overt references to the former president in their marketing material, but counterparts like Thrasher Coffee in Hiram, Georgia, do.

From Congress and the White House to bar stools and backrooms, POLITICO's top reporters and Playbook authors bring you the most compelling and confounding stories that explain what’s really going on in Washington

IN MEMORIAM — “Joe Slade White, 71, longtime adviser to President Biden, award-winning Democratic political consultant,” Buffalo News: “He went on to work on more than 400 campaigns for Democratic candidates at all levels of government

He wins races they have no business winning.’ … He served as an adviser and consultant to President Joe Biden for 25 years and directed media for Biden’s late son BEAU’S political campaigns.”