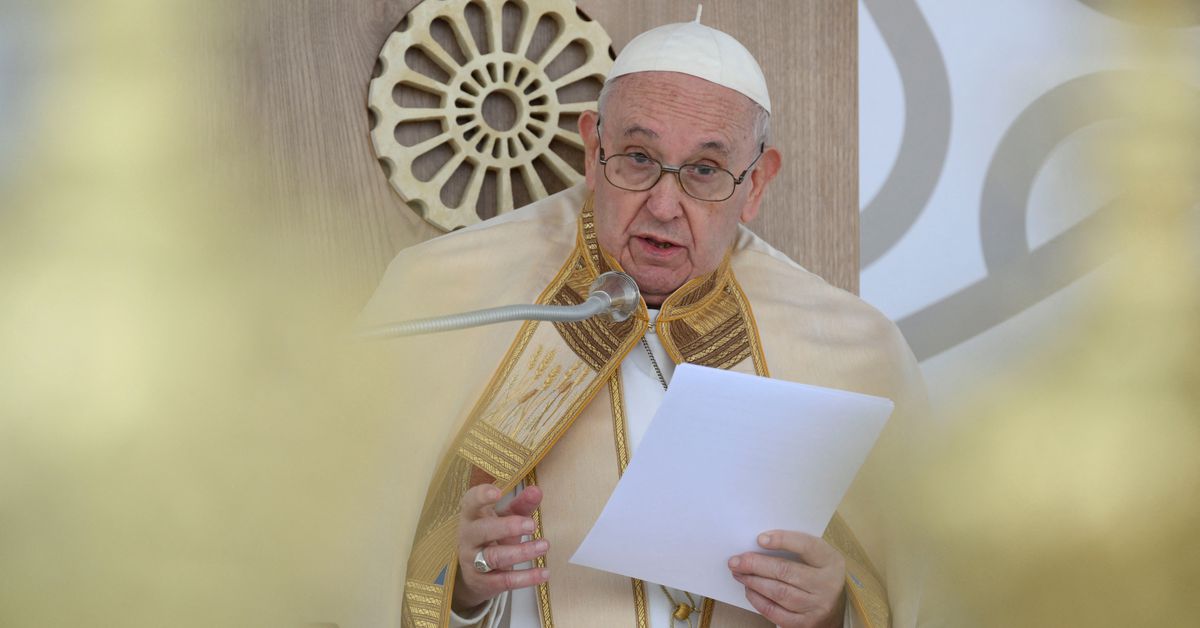 VATICAN CITY, Oct 2 (Reuters) - Pope Francis for the first time directly begged Russian President Vladimir Putin to stop the "spiral of violence and death" in Ukraine, saying on Sunday that the crisis was risking a nuclear escalation with uncontrollable global consequences.It was the first time Francis, who has often condemned Russia's invasion of Ukraine and the death and destruction it has caused, had made such a direct personal appeal to Putin.He was making an urgent appeal "in the name of God" for an end to the conflict and said it was "absurd" that the world was risking a nuclear conflict."My appeal goes above all to the president of the Russian Federation, begging him to stop this spiral of violence and death, even out of love for his own people," Francis said."On the other side, pained by the enormous suffering of the Ukrainian population following the aggression it suffered, I address an equally hopeful appeal to the president of Ukraine to be open to a serious peace proposal," he said.Kyiv and its Western allies have condemned Putin's annexations as illegal, and Zelenskiy has said his forces will continue their fight to recapture all Ukrainian territory occupied by Russian forces.

1 The best Black Friday streaming deals on Hulu, HBO Max, Paramount Plus, and more - The Verge

3 Jets Players Have Had Zach Wilson Concerns Since the Spring, per Report - Sports Illustrated

9 This scorching 'super-Earth' exoplanet is one of the most massive ever discovered - Space.com

16 Having asthma raises your risk of a HEART ATTACK and stroke, study suggests - Daily Mail