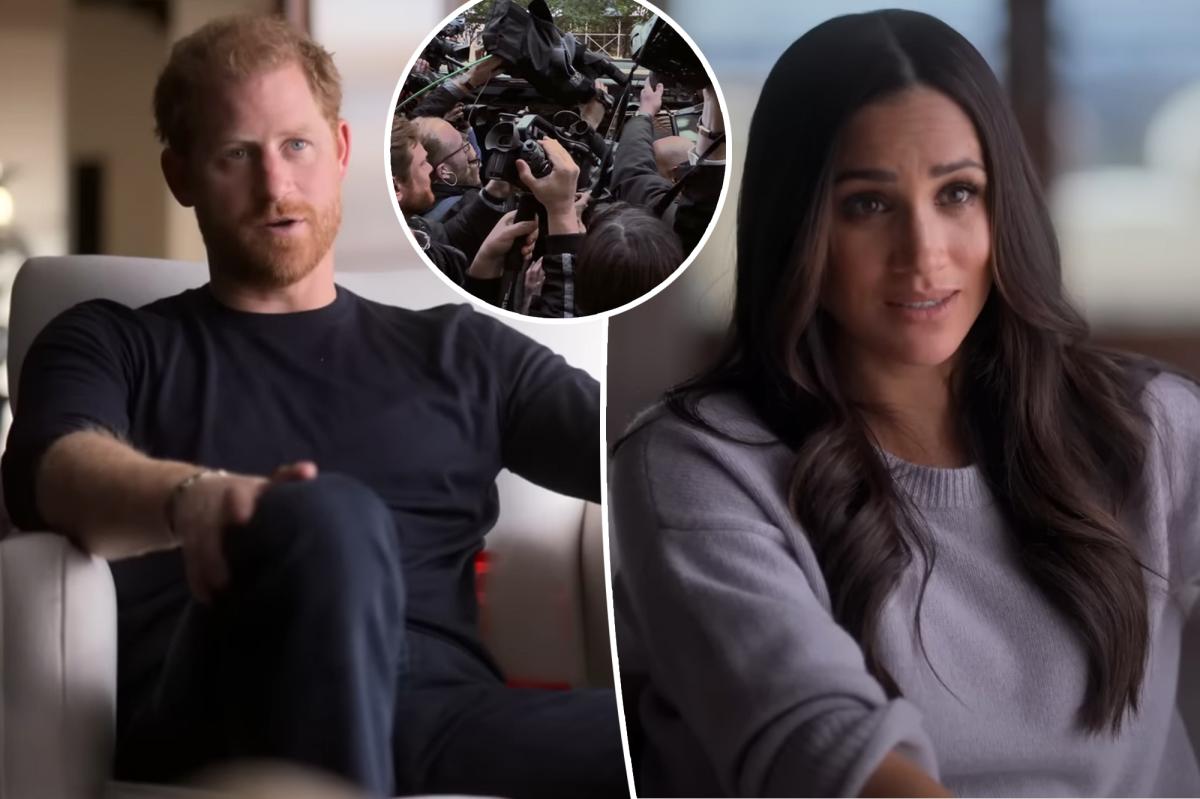 People behind Prince Harry and Meghan Markle have come forward to say using stock images and footage is “standard practice” when making documentaries.The former royals came under fire when viewers realized that a photo showing them being bombarded by press in the trailer for Netflix’s “Harry & Meghan” was actually snapped at a “Harry Potter” premiere that took place years before they even met.Another piece of footage was filmed outside a Katie Price court hearing, which was used as Harry narrated, “I was terrified, I didn’t want history to repeat itself.”8The source adds that Harry, 38, and Markle, 41, had no editorial control of the trailer, saying the choice of footage was “standard practice in documentary and trailer production.”.British royal correspondent Robert Jobson accused the couple of faking the dramatic footage Monday and clarified that one of the more serious moments photographed in the trailer was actually taken during a highly controlled, press-approved event“This photograph used by @Netflix and Harry and Meghan to suggest intrusion by the press is a complete travesty,” Jobson tweeted. “It was taken from a accredited pool at Archbishop Tutu’s residence in Cape Town