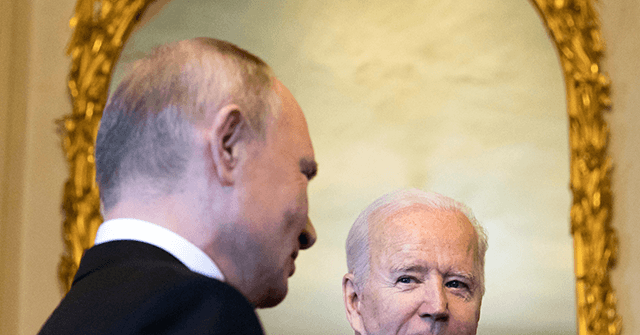 Jun 16, 2021 59 secs
Russian leader Vladimir Putin mocked America’s human rights record during a press conference Wednesday following his meeting with U.S.Putin was responding to a reporter who noted, “Americans are continuously using this rhetoric of political prisoners in Russia” and raising the issue of the many Russian dissidents and Putin rivals in the country who have been poisoned, imprisoned, or otherwise harmed in ways suggesting Putin regime involvement.

The reporter also noted that Biden had referred to Putin previously as a “killer,” a term Biden did not defend during a separate press conference Tuesday.

“President Biden has indeed touched on the subject of human rights,” Putin said.Putin said he was “alright” with Biden’s explanation of the “killer” comment before making the case that, despite his extensive record of human rights abuses, America’s alleged sins were the true atrocities.

Putin had referred to her in a separate interview with NBC News on Tuesday as an alleged victim of American human rights abuses.