Quantum Leap Boss on Choosing to Do a Continuation Instead of a Full Reboot: 'It Would Be Crazy to Cast a New Sam' - TVLine

Quantum Leap Boss on Choosing to Do a Continuation Instead of a Full Reboot: 'It Would Be Crazy to Cast a New Sam' - TVLine 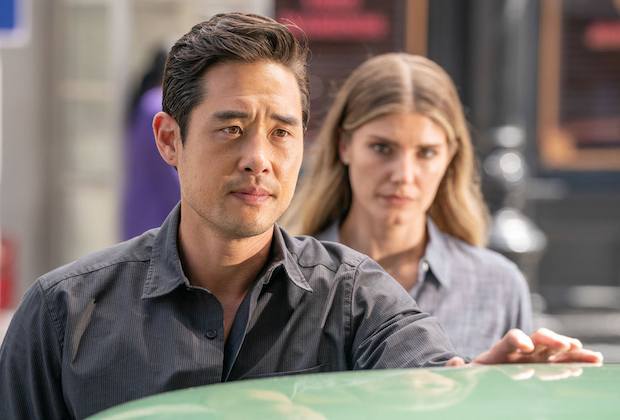 Even though a new crop of characters anchor the story — except for Herbert “Magic” Williams (Ernie Hudson), who appeared in the OG series in the Season 3 episode “The Leap Home, Part 2 (Vietnam)” — the show is a continuation rather than a full reboot.“Everyone felt like the original show was so iconic, it would be crazy to cast a new Sam and a new Al (originally played by the late Dean Stockwell) and just start again,” he tells TVLine.

“We would never be able to recapture the magic of those two characters, so to be able to do something totally new but in the same space — creating as a sequel more than a reboot — that just made sense to the entire creative team.”.

The show centers around Ben, whose unexplained jump in the Quantum Leap accelerator mirrors that of his predecessor Sam Beckett (played in the original series by Scott Bakula).Another major change was centering the series around a romance instead of a friendship, as seen in the original series between Sam and his holographic co-pilot Al.Of Quantum Leap’s main romance, Gero adds, “It’s just a really neat twist on what is ultimately the worst long-distance relationship, like truly different time zones in a way that I don’t think anyone has experienced.”

7 Americans should flee Russia immediately, could be conscripted, US Embassy urges

15 Google Stadia Will Shut Down Next Year, All Purchases to Be Refunded - CNET