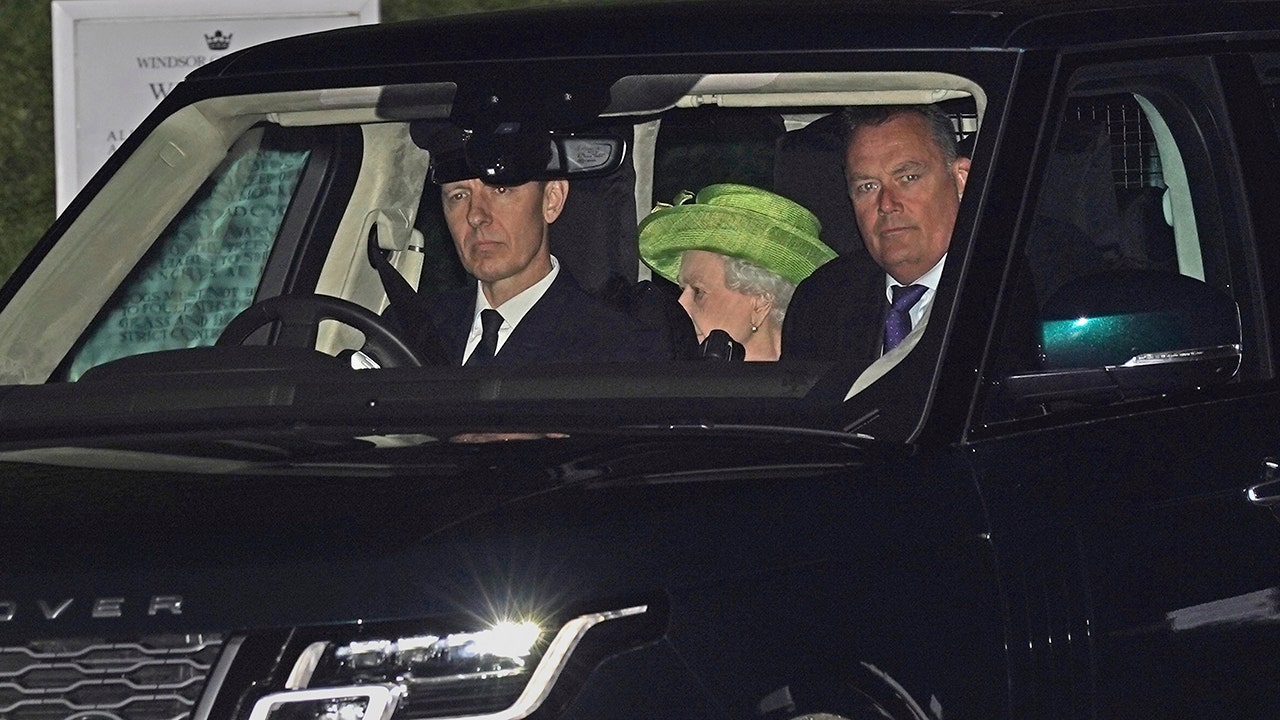 Nov 22, 2021 53 secs
Market data provided by Factset.The 95-year-old British monarch, who has canceled several recent public appearances on her doctors’ advice, watched the baptisms of August, son of Princess Eugenie and her husband, Jack Brooksbank, and Lucas Philip, son of Zara Tindall and her husband, Mike Tindall. .The private service at the Royal Lodge in Windsor Great Park, west of London, was attended by members of the royal family and close friends. .

The queen has 12 great-grandchildren, the youngest of them 2-month-old Sienna Elizabeth, daughter of Princess Beatrice and her husband, Edoardo Mapelli Mozzi. .

Zara Tindall arrives with husband Mike Tindall on day one of the Royal Ascot meeting at Ascot Racecourse on June 15, 2021 in Ascot, England.

On Wednesday she returned to public duties, holding an in-person audience at Windsor Castle with the outgoing head of Britain’s armed forces.