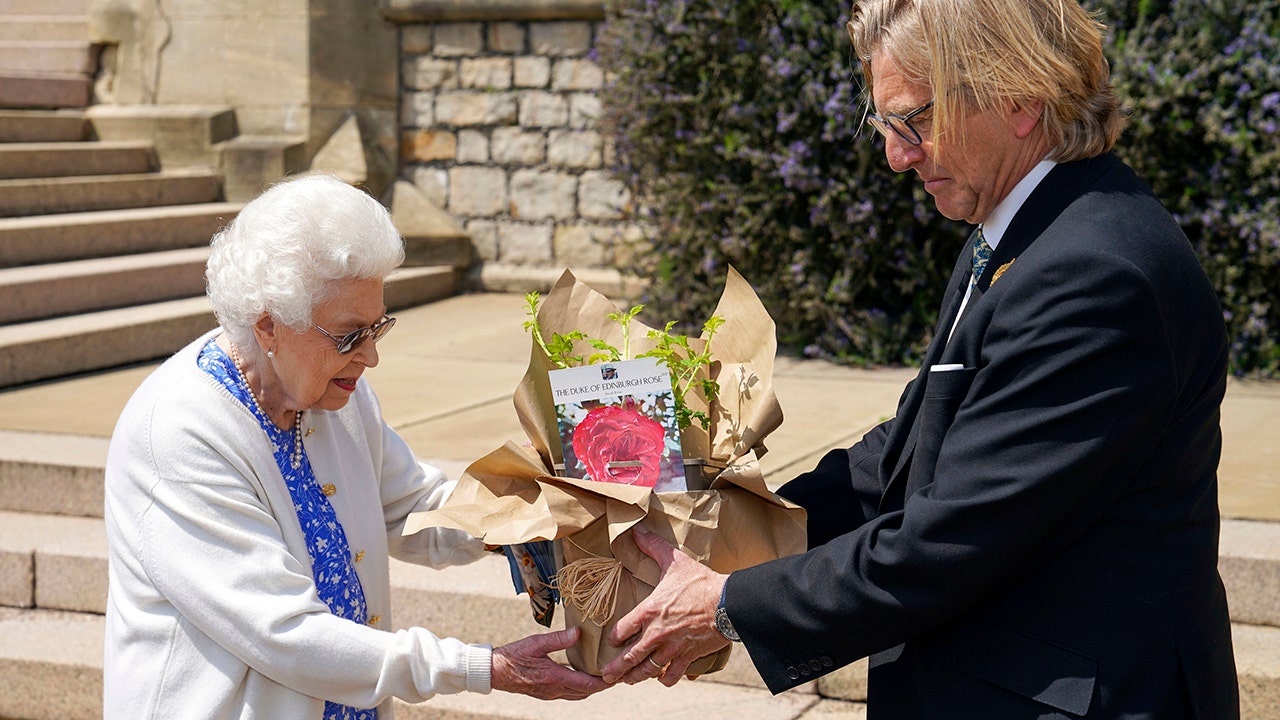 Jun 10, 2021 1 min, 50 secs
Queen Elizabeth II commemorated her late husband, Prince Philip, on what would have been his 100th birthday by planting a newly bred rose in his honor. .The queen watched the Duke of Edinburgh Rose planted in the Windsor Castle gardens last week to commemorate Philip’s centenary Thursday.

Britain's Queen Elizabeth II receives a Duke of Edinburgh rose, given to her by Keith Weed, President of the Royal Horticultural Society, at Windsor Castle, England, Wednesday June 9, 2021.

The newly bred deep pink commemorative rose has officially been named in memory of the late Prince Philip Duke of Edinburgh.

Although she remained in respectfully good spirits at the event, the past few months have clearly been a trying time for both the queen and the royal family.

Although the queen is known for not showing too much emotion in public, a chance photo snapped by the Royal Central caught the queen in the back of her black Bentley on her way out of the service calmly wiping away a tear after saying goodbye to her husband of 73 years. .

FILE - In this June 8, 2015 file photo Britain's Prince Philip, the husband of Queen Elizabeth II, smiles after unveiling a plaque at the end of his visit to Richmond Adult Community College in Richmond, south west London.

Prince Philip, the irascible and tough-minded husband of Queen Elizabeth II who spent more than seven decades supporting his wife in a role that both defined and constricted his life, has died, Buckingham Palace said Friday.