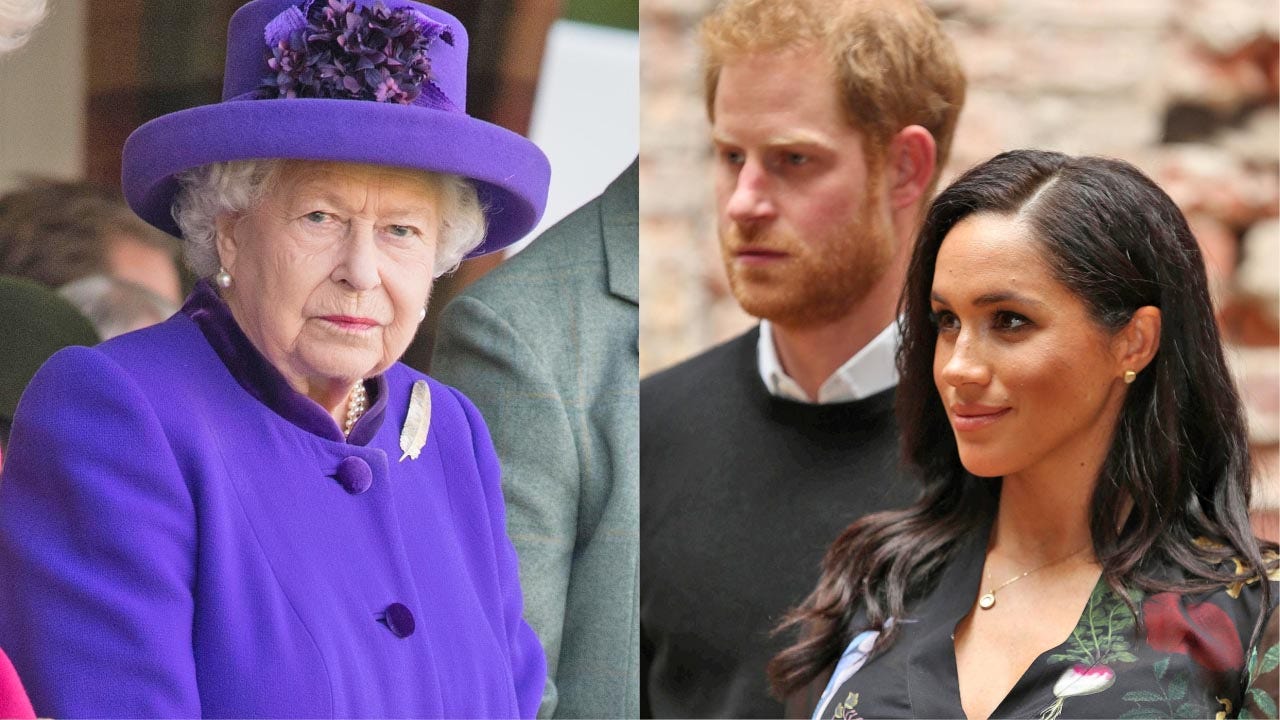 Apr 13, 2021 1 min, 16 secs
Meghan Markle will be absent from Prince Philip’s funeral on Saturday as she is expecting her second child – a girl – with her husband Prince Harry, and according to a report on Tuesday, Queen Elizabeth II "understands why" Harry had to travel home to the United Kingdom alone."It was always a given that Harry would return to England for his grandfather's passing," a California source told People magazine, adding that after Philip's death the Duke and Duchess of Sussex "were in contact with the Queen.".PRINCE WILLIAM PAYS TRIBUTE TO GRANDFATHER PRINCE PHILIP AFTER HIS DEATH.

Prince William and Prince Harry (R) chat with their grandfather, Prince Philip, Duke of Edinburgh, in 2006. Philip's funeral is set for April 17.

Prince Philip's funeral is set for April 17 and Harry, 36, is already quarantining in the U.K.

He will reunite with his brother Prince William and the rest of the royal family when they all gather to honor the late husband of the Queen.

Queen Elizabeth II reportedly ‘understands why’ Meghan Markle can’t travel to the United Kingdom to attend Prince Philip’s funeral as doctors have advised the Duchess of Sussex not to travel while pregnant with her and Prince Harry’s unborn daughter.