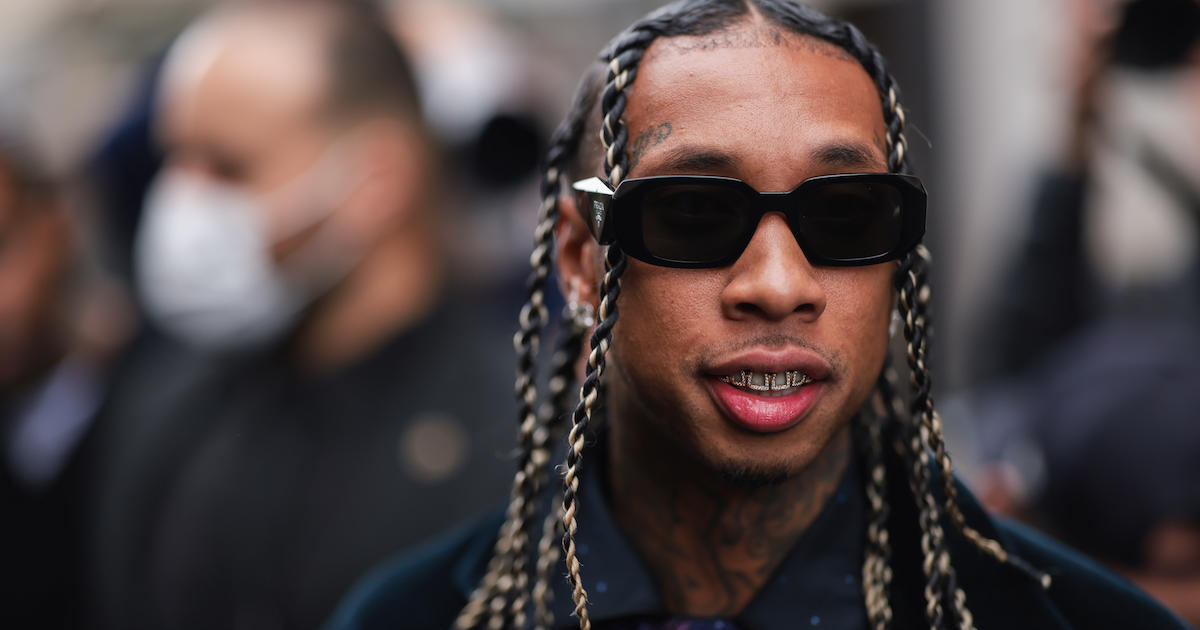 The 31-year-old rapper, whose real name is Michael Stevenson, turned himself in at the LAPD's Hollywood station, and his bail was set at $50,000, they said.