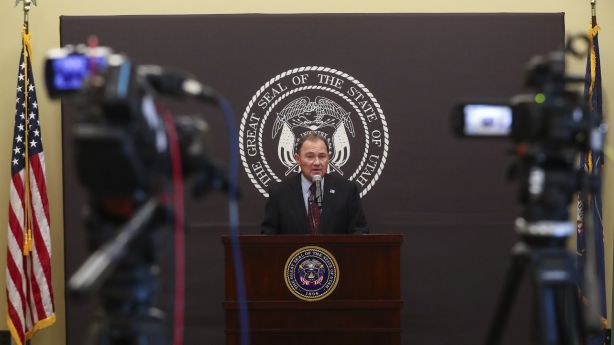 SALT LAKE CITY — Utah’s number of COVID-19 cases has increased by 911 from Wednesday, according to the Utah Department of Health.

COVID-19 testing has lagged in recent weeks, so in an effort to increase testing, state leaders are looking to make testing available for anyone who wants one, regardless of if they have a symptom of the disease, Herbert said.

The state has received several requests from counties across Utah who are seeking to change their color-coded restriction status, Herbert said.

Due to Thursday's record-breaking number of new cases, the state is suspending that process, and those change requests will be put on hold until at least next week, he said.

The rolling seven-day average number of positive cases per day is now at 661, according to the health department.

That is the second-highest seven-day rolling average reported in Utah so far, according to Utah Department of Health state epidemiologist Dr.

The new numbers indicate a 1.5% increase in positive cases since Wednesday.

A total of 50,108 Utah COVID-19 cases are now considered recovered, according to the health department.

About 40% of all COVID-19 cases in Utah over the past week have been from Utah County, despite that county containing only about 20% of the total population of the state, according to Dunn.

Some college students in Utah County tend to have a "you can't tell me what to do" attitude, Herbert said.

Positive COVID-19 test results are reported to the health department immediately after they are confirmed, but negative test results may not be reported for 24 to 72 hours.

The total number of cases reported by the Utah Department of Health each day includes all cases of COVID-19 since Utah's outbreak began, including those who are currently infected, those who have recovered from the disease, and those who have died.

Deaths reported by the state typically occurred two to seven days prior to when they are reported, according to the health department

For more information on how the Utah Department of Health compiles and reports COVID-19 data, visit coronavirus.utah.gov/case-counts and scroll down to the "Data Notes" section at the bottom of the page