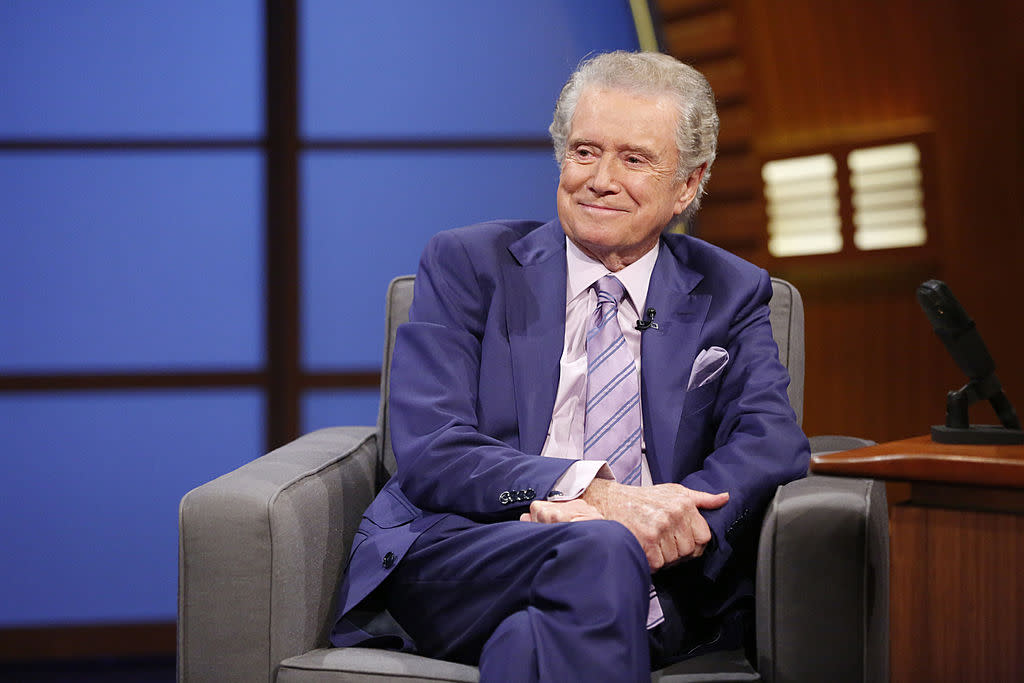 Jul 31, 2020 1 min, 12 secs
In the wake of Regis Philbin’s death, his son-in-law has shared one of the best tributes yet to his decades-long career in broadcasting.

Philbin, whose career included nationally syndicated morning talk show Live With Regis and Kathie Lee and the phenomenally successful game show Who Wants to Be a Millionaire?, died July 24 of a heart attack from coronary heart disease.

One week later, Michael Schur, who married Philbin’s daughter Jennifer Joy “J.J.” in 2005, shared several letters that the TV legend’s family had found while sorting through his papers.

Philbin had saved the scripts he used for reporting on games played by baseball legends including Mickey Mantle and Ted Williams.

Regis is 25, and he's on TV talking about Mickey Mantle (who won the MVP that year, at 24), Ted Williams, and Duke Snider?

Schur encouraged others who’d like to pay tribute to his father-in-law to donate to Food Bank for New York City or Center for the Homeless in South Bend, Ind.

If you'd like to honor Regis, please donate to https://t.co/KOXYylvKkL, to help his beloved Bronx, or the Center for the Homeless in South Bend, a charity near and dear to his heart, at https://t.co/PCcSDwFBJb.

“Again, our family would like to thank everyone for the incredible love and support you’ve given us and for the hilarious tributes and touching memories you’ve shared,” his family told Entertainment Tonight in a statement