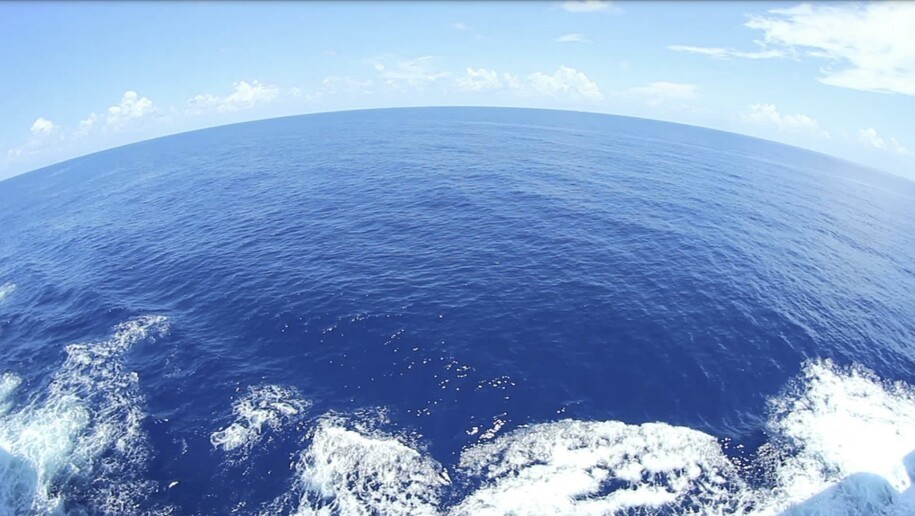 Dec 03, 2021 2 mins, 36 secs
Much of Earth’s water could very well have come from carbonaceous chondrite meteorites, flung to Earth from asteroids that formed far from the Sun, out around Jupiter/Saturn and beyond.  Those weren’t exposed to much heat when they formed, and so their volatile components like water could stay put.  Carbonaceous chondrite meteorites can contain up to 20% water. .And the reason that -OH got there is because of the solar wind.  The same solar wind that would have been nailing all those tiny dust particles that eventually accreted into Earth in the early Solar System.  (And still are today, to the tune of 220,000 pounds per day).  .Almost all the atomic nuclei within the solar wind are hydrogen (95%, just one proton) or helium (5%, two protons and two neutrons), although there are traces of heavier atoms, too.   Earth’s magnetic field deflects these ultrafast charged particles away from us, but dust and asteroids floating out in space aren’t afforded such protections.  They get the solar wind head-onWhen you irradiate silicate minerals such as those found in asteroids with protons at about the same intensity as the solar wind, it turns out you generate water, to a depth up to 200 nanometers.  This was confirmed by the authors using pristine Earthbound olivine (magnesium/iron silicate), which also makes up 2/3 of the Itokawa particles.  They showed that simple laboratory handling didn’t cause any such -OH enrichment, but bombardment with charged particles didDust particles floating around in the Solar System are generally very small, less than a micrometer in diameter.  It doesn’t take long for many of them to get saturated with water, to the point where water implantation by the solar wind and water loss (by solar heating and exposure to a vacuum) are happening at the same rate.  Judging by the age of micrometeorites found on Earth, generally dust particles tend to hang around for a million years or so in the Solar System, plenty of time to get saturated with water:Small particles with long exposure times such as this will be loaded with water to an even greater degree than the regolith particles on Itokawa, up to 100 times as much.  And they’d be loaded with light water, as the solar wind has only a couple parts per million deuterium.  Just what we need to correct the Earth’s water “heaviness” with respect to the water content of the carbonaceous chondritesSo back to Earth’s formation, then:  Once Earth had taken shape, it was still surrounded by a whole lot of interplanetary dust, but the Sun’s light was starting to get through, and hence also these charged particles, irradiating silicates in the dust and creating water.  It’s thought that the last 0.5% to 1.5% or so of Earth’s mass (the “late veneer”) accreted from this kind of dust.  That would have added up to a fair amount of light water, enough to complete the balance and explain what we have today.
source :- Dailykos.com
1. SpaceX's Dragon cargo ship is on its way back to Earth with scientific investigations and medical research - CNN Jan 23, 2022 # science 57 secs 2. An iceberg once bigger than Delaware dumped nearly 1 trillion tons of water in the ocean - USA TODAY Jan 23, 2022 # science 37 secs 3. Could the Earth ever stop spinning, and what would happen if it did? - Space.com Jan 23, 2022 # science 1 min, 10 secs 4. Will we ever know the true nature of 'Oumuamua, the first interstellar visitor? - Space.com Jan 23, 2022 # science 1 min, 28 secs 5. NASA Solar Sail Spacecraft to Chase Tiny Asteroid After Artemis I Launch - SciTechDaily Jan 23, 2022 # science 2 mins, 51 secs 6. Webb Space Telescope: Uncovering Hidden Parts of Our Solar System - SciTechDaily Jan 23, 2022 # science 1 min, 21 secs 7. Bioengineers Have Modeled The Workings of The World's Most Basic Synthetic Life Form - ScienceAlert Jan 23, 2022 # science 38 secs 8. Scientists Discover Black Hole That's Creating Stars Instead of Devouring Them - Futurism Jan 22, 2022 # science 34 secs 9. Consistent Asteroid Collisions Rock Previous Thinking on Mars Impact Craters - SciTechDaily Jan 22, 2022 # science 1 min, 36 secs 10. NASA Has a Zany Plan to Sail to an Asteroid - Gizmodo Jan 22, 2022 # science 33 secs 11. Astronomers Find the Biggest Structure in the Milky Way: Filament of Hydrogen 3,900 Light-Years Long - SciTechDaily Jan 22, 2022 # science 2 mins, 22 secs 12. DNA Mutations Are Not Random: New Research Radically Changes Our Understanding of Evolution - SciTechDaily Jan 22, 2022 # science 1 min, 19 secs 13. The Hubble telescope just spotted a black hole giving birth to new stars - BGR Jan 22, 2022 # science 26 secs 14. Antarctic 'Megaberg' Released 152 Billion Tons of Freshwater Just Before Melting - ScienceAlert Jan 22, 2022 # science 49 secs 15. Study: Leidenfrost effect occurs in all three water phases: Solid, liquid, and vapor - Ars Technica Jan 22, 2022 # science 1 min, 5 secs 16. A massive iceberg chunk is dumping billions of tons of water into the ocean - Mic Jan 21, 2022 # science 34 secs