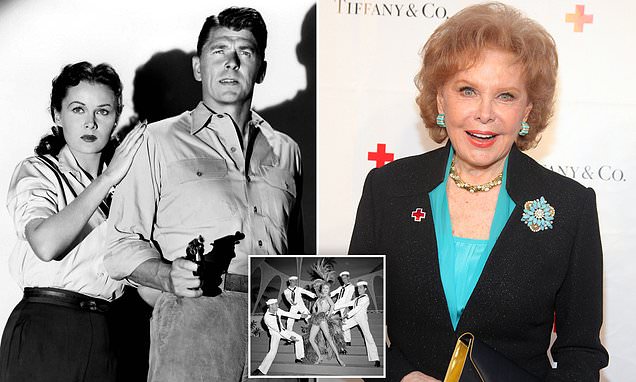 Actress Rhonda Fleming, the fiery redhead who appeared with Burt Lancaster, Kirk Douglas, Charlton Heston, Ronald Reagan and other film stars of the 1940s and 1950s, has died.

While still in her teens, Fleming married her high school sweetheart, Thomas Lane

In 1977 Fleming married mogul Ted Mann, who built the Mann Theater chain, and the marriage lasted until his death in 2001

After Fleming's sister, Beverly Engel, died of cancer in 1991, Fleming and her husband established the Rhonda Fleming Mann Resource Center for Women with Cancer at the UCLA Medical Center

A couple of years after Mann died, Fleming married for a sixth time, to Derol W