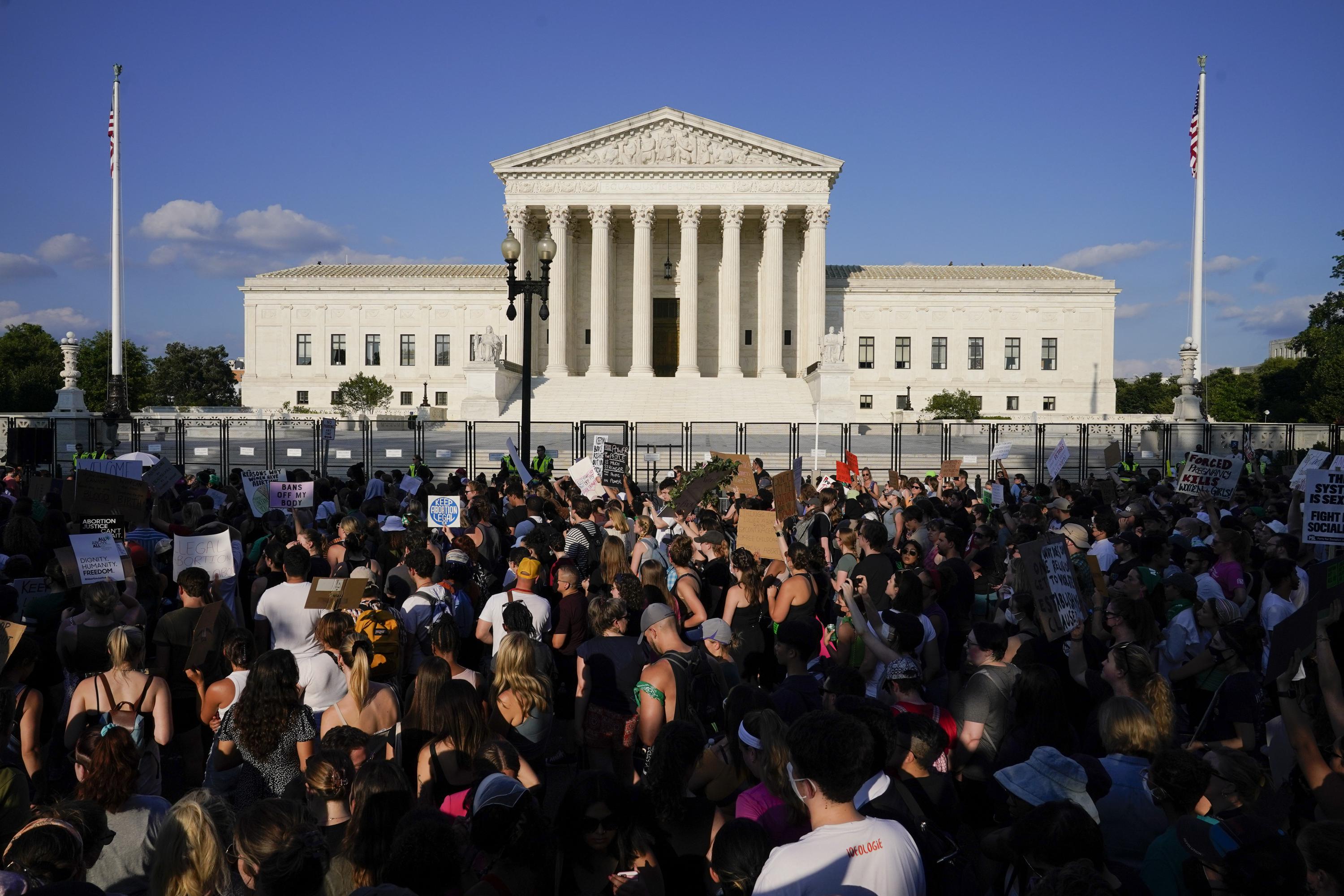 The court and public opinion have clashed at times, but they’ve entered into a “symbiotic relationship” over the last 60 years, Barry Friedman suggests in his 2009 book “The Will of the People.” The court doesn’t stray too far from popular opinion.Researchers have found — and some of the justices themselves have acknowledged — that court decisions and public opinion are often aligned, but some experts say it’s probably not a direct link.DOES PUBLIC OPINION INDIRECTLY INFLUENCE THE COURT.Scholars point to judicial appointments and court legitimacy as potential ways that the public has indirect influence on the court.Justices may also consider how the public will receive a ruling, though the new abortion ruling makes clear some on the court don’t believe that’s an important consideration.While the court can issue its ruling, it has to rely on other actors — the public, politicians and even lower courts — to accept and implement it, said Charles Franklin, professor of law and public policy and director of the Marquette Law School poll?“I doubt that the justices wake up every morning and check the polls to see if people agree, but over the long haul, the court does need a level of public support as a mechanism for their rulings being enforced,” Franklin said.The threshold of support that the court needs might be changing.The court has historically enjoyed consistently positive views among the public.Justice Sonia Sotomayor recently emphasized the need for public faith in the court system.For AP’s full coverage of the Supreme Court ruling on abortion, go to https://apnews.com/hub/abortion

2 ‘Stranger Things’ Star Joe Keery Shuts Down Hair Questions: ‘It’s So Stupid’ and ‘Ridiculous’ That People Only Talk About My Hair - Yahoo Entertainment

10 Monkeypox is not a gay disease, says Tufton - Jamaica Observer

11 16 Easy Exercises That Can Improve Your Posture - HuffPost

13 As Right-Wing Rhetoric Escalates, So Do Threats and Violence - The New York Times