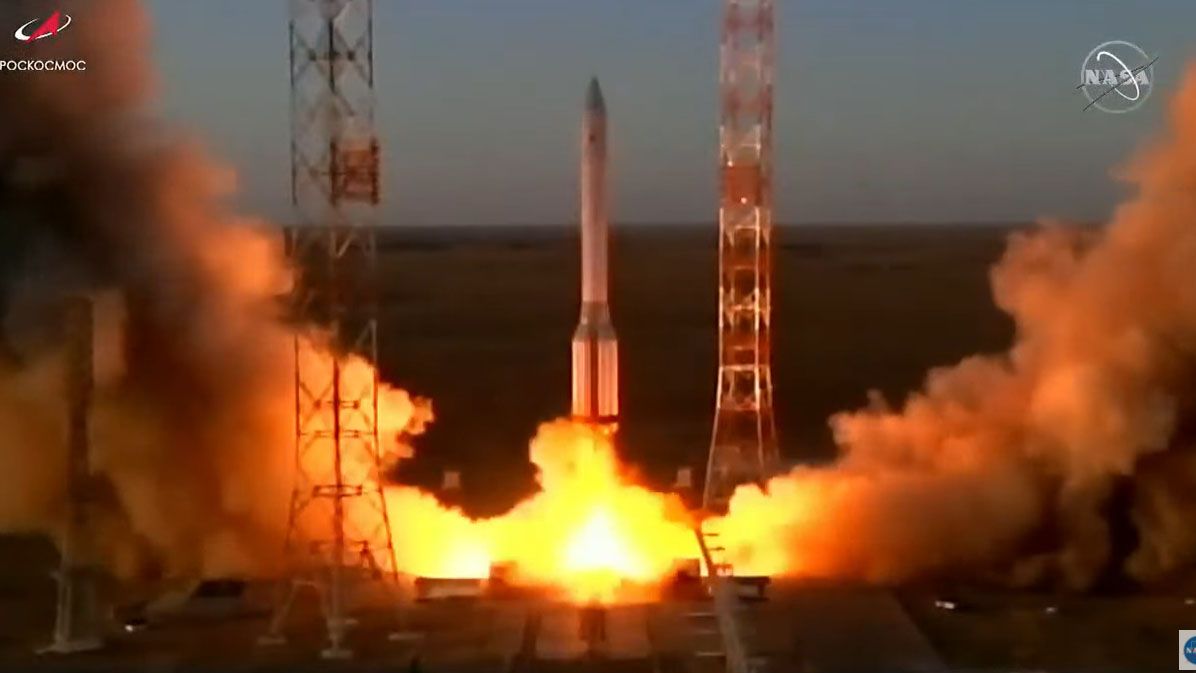 Related: The International Space Station: Inside and Out (Infographic).The module, carrying the European Robotic Arm (ERA), a new robotic appendage designed to service the Russian segment of the space station, successfully separated from the launcher 580 seconds after liftoff."T+9:40 min after the liftoff, the Nauka Multipurpose Laboratory Module separated nominally from the Proton-M carrier rocket 3rd stage!” Russia's Space Agency Roscosmos confirmed the successful separation in a tweet that was later taken offline.Before Nauka reaches the space station, cosmonauts will have to remove the Pirs docking module on the station's Russian-built Zvezda service module to allow Nauka to take its place.

Pirs is departing the space station after nearly 20 years serving as a docking port and airlock for the orbiting laboratory!