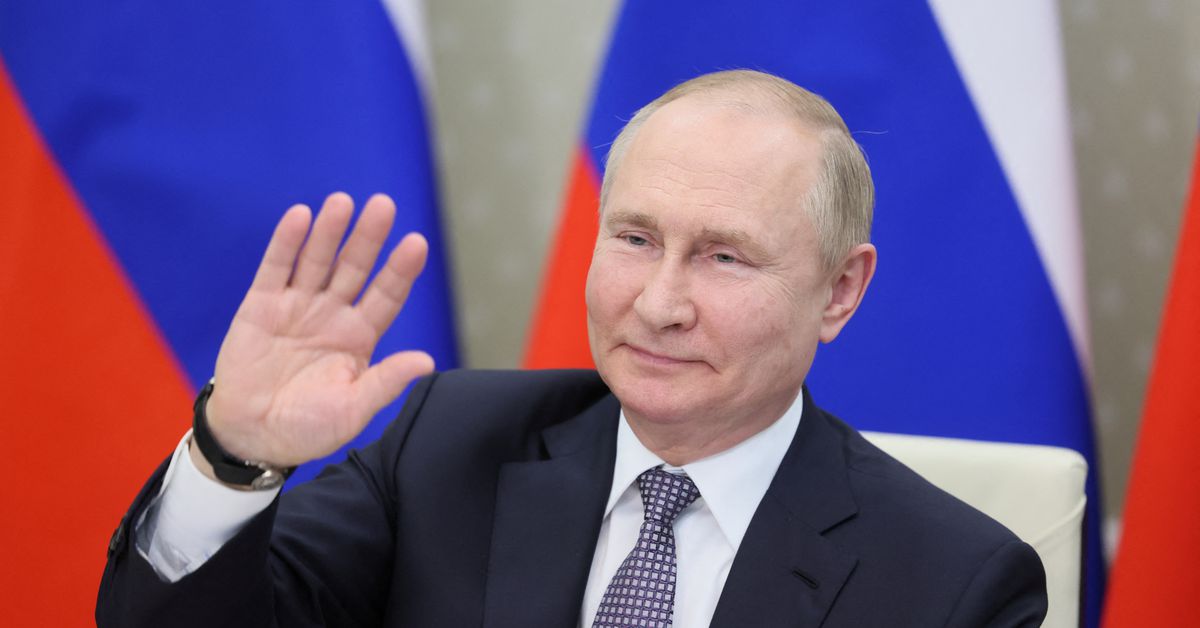 Russian President Vladimir Putin attends a BRICS+ meeting during the BRICS summit via a video link in the Moscow region, Russia June 24, 2022.LONDON, June 26 (Reuters) - Vladimir Putin will visit two small former Soviet states in central Asia this week, Russian state television reported on Sunday, in what would be the Russian leader's first known trip abroad since ordering the invasion of Ukraine.Pavel Zarubin, the Kremlin correspondent of the Rossiya 1 state television station, said Putin would visit Tajikistan and Turkmenistan and then meet Indonesian President Joko Widodo for talks in Moscow.In Dushanbe, Putin will meet Tajik President Imomali Rakhmon, a close Russian ally and the longest-serving ruler of a former Soviet state.Putin also plans to visit the Belarus city of Grodno on June 30 and July 1 to take part in a forum with Belarusian President Alexander Lukashenko, RIA news agency citedValentina Matviyenko, the speaker of Russia's upper chamber of parliament, as telling Belarus television on Sunday.

13 Explainer: Monkeypox in the U.S.: Where could it spread next? - Reuters

6 The Daily Horoscope For Each Zodiac Sign On Sunday, August 7, 2022 - YourTango