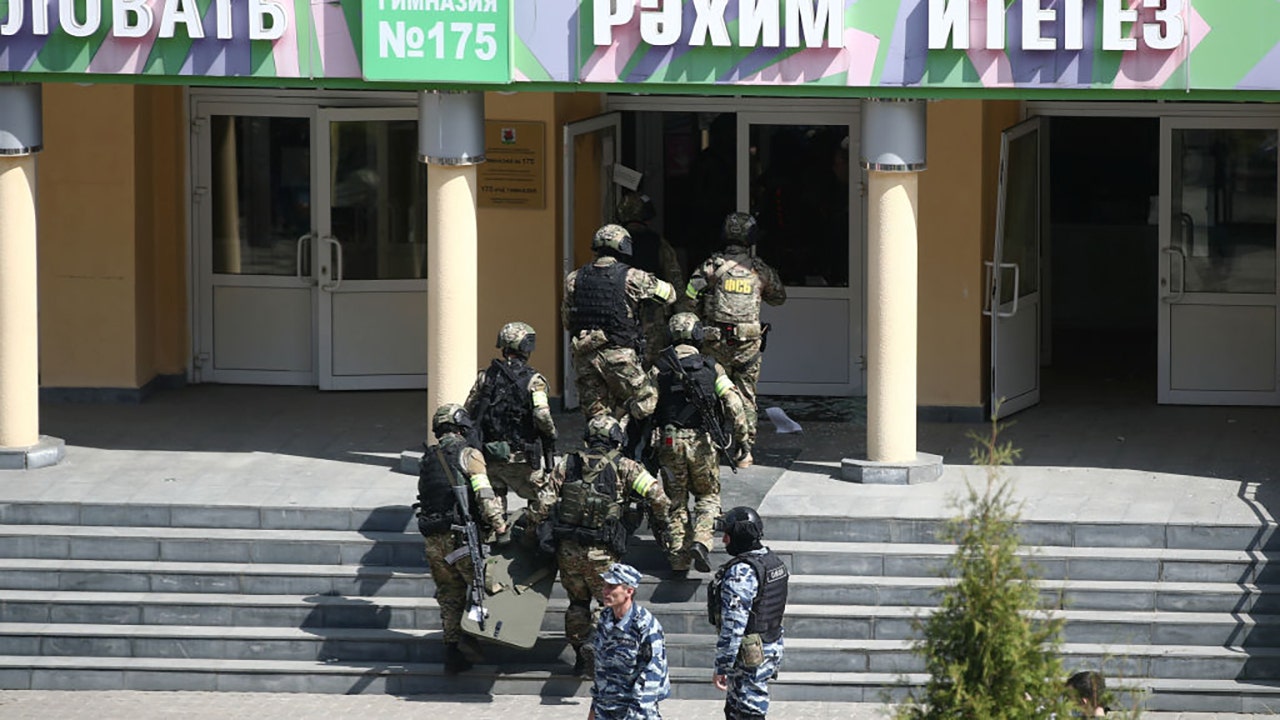 May 11, 2021 38 secs
At least eight people were killed and 21 were injured Tuesday in a shooting at a school in southwest Russia, according to reports. .Local media reported that one or more unidentified attackers opened fire at the school in the Russian city of Kazan.Earlier, Russia’s state RIA Novosti news agency reported that 11 people were killed in the shooting, citing local emergency officials.

Officers by the Russian school where two attackers reportedly opened fire on May 11, 2021.