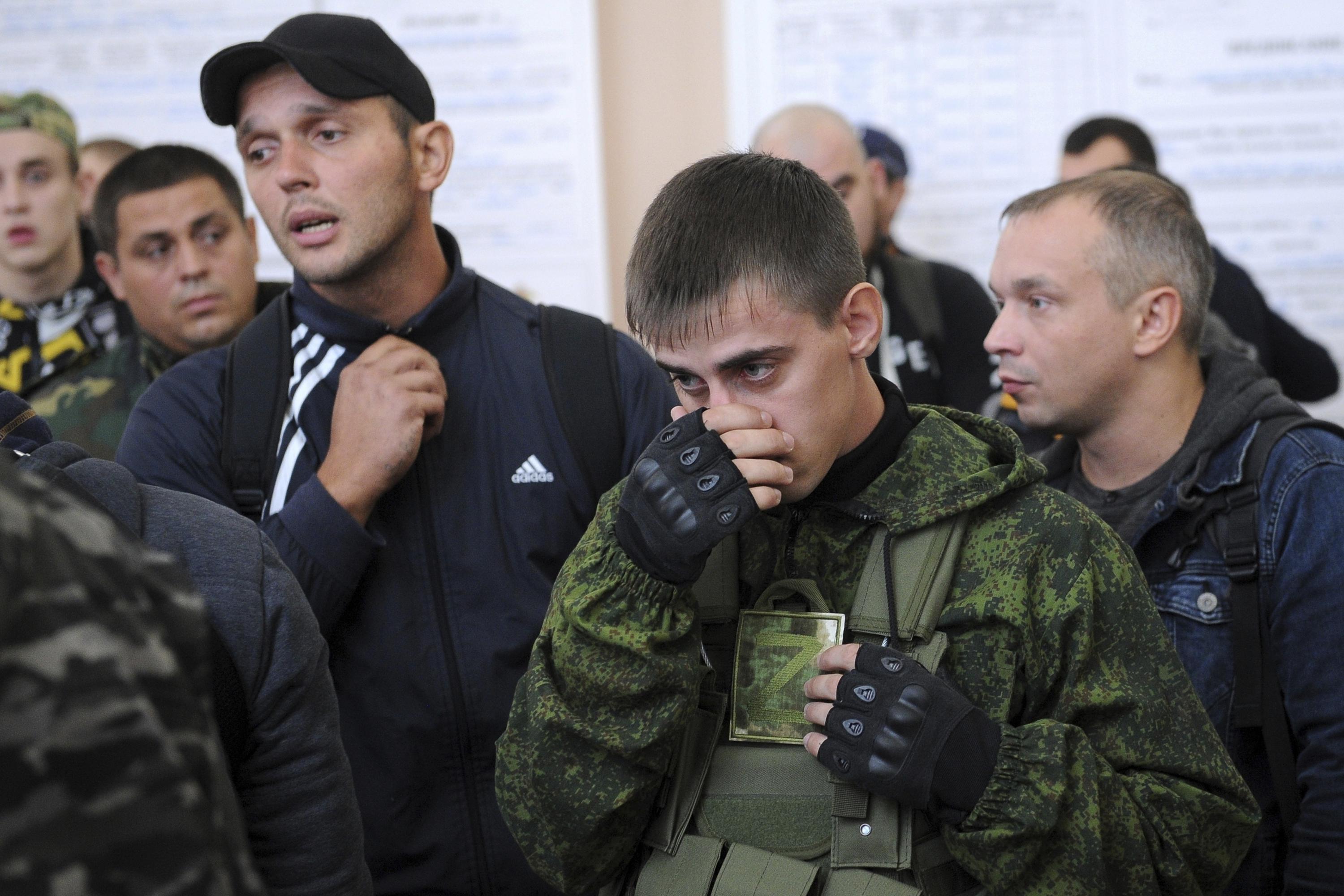 KYIV, Ukraine (AP) — A young man shot a Russian military officer at close range at an enlistment office Monday, an unusually bold attack reflecting resistance to Russian President Vladimir Putin’s efforts to mobilize hundreds of thousands of more men to wage war on Ukraine.Kremlin spokesman Dmitry Peskov said Monday no date has been set for recognizing the regions as part of Russia but it could be just days away.Putin and his Belarusian counterpart Alexander Lukashenko, meanwhile, held an unannounced meeting Monday in the southern Russian city of Sochi and claimed they were ready to cooperate with the West — “if they treat us with respect,” Putin said.In his nightly televised address, Zelenskyy referenced ongoing Russian attempts to punch through Ukrainian defense lines in the eastern industrial heartland of Donbas, a key target of Moscow’s military campaign.“Despite the obvious senselessness of the war for Russia and the occupiers’ loss of initiative, the Russian military command still drives (troops) to their deaths,” Zelenskyy said in his nightly televised address.The Ukrainian military on Monday said in its regular Facebook update that Moscow was focusing on “holding occupied territories and attempts to complete its occupation of the Donetsk region,” one of two that make up the Donbas.Meanwhile, the first batches of new Russian troops mobilized by Moscow have begun to arrive at military bases, the British Defense Ministry said Monday, adding that tens of thousands had been called up so far.Ukrainian President Volodymyr Zelenskyy said Monday on Facebook that the Ukrainian military is pushing efforts to take back “the entire territory of Ukraine,” and has drawn up plans to counter “new types of weapons” used by Russia.An overnight drone strike near the Ukrainian port of Odesa sparked a massive fire and explosion, the military said Monday.Local Ukrainian officials said Monday evening that the strikes had wounded three civilians in the town of Marhanets, across the Dnieper river from the plant.Further south, Ukrainian officials reported that a Russian missile on Monday evening destroyed a civilian airport in the eastern city of Kryvyi Rih, President Zelenskyy’s birthplace.In the town of Izium in eastern Ukraine, which Russian forces fled this month after a Ukrainian counteroffensive, Margaryta Tkachenko is still reeling from the battle that destroyed her home and left her family close to starvation with no gas, electricity, running water or internet.

2 Trouble Sleeping? You Could Be at Risk of Type 2 Diabetes - Neuroscience News

3 ‘None of China’s business’: After India’s comeback, US diplomat skewers Beijing

11 The Striking Problem That Doomed America at the World Cup