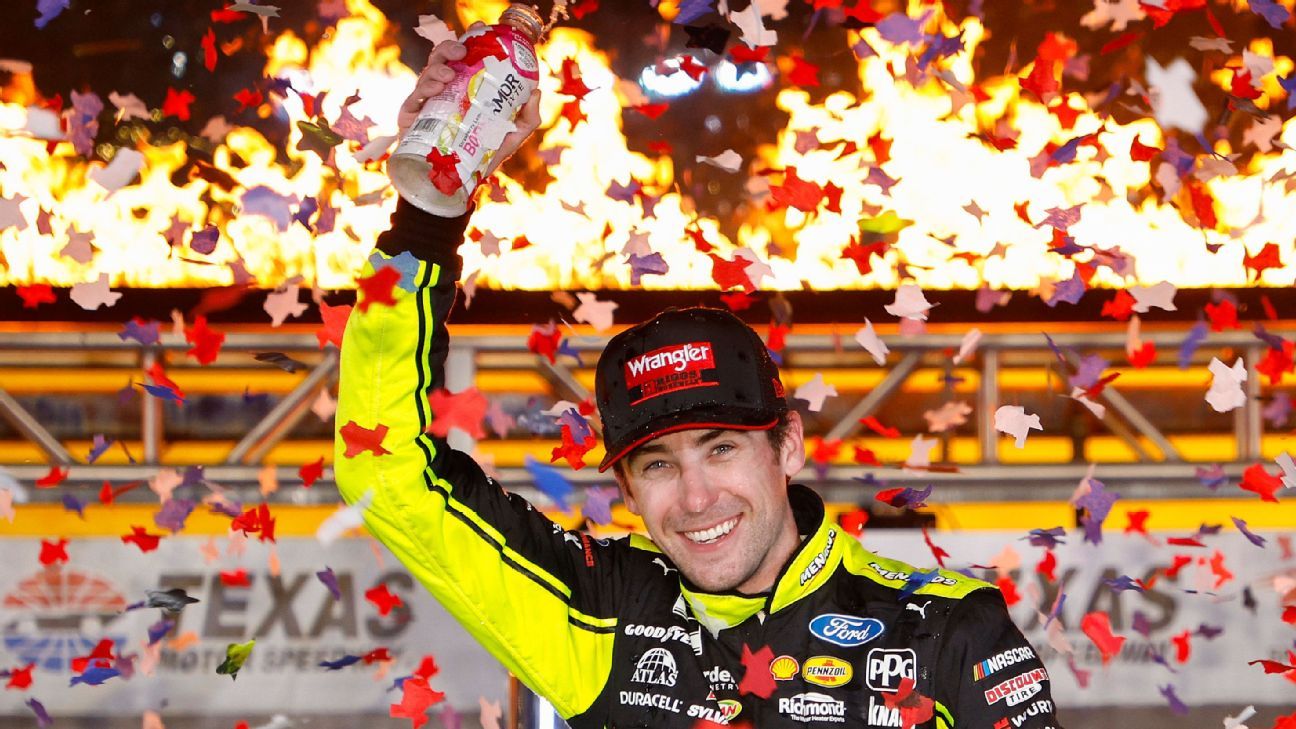 May 23, 2022 1 min, 25 secs
FORT WORTH, Texas -- The checkered flag was already waving for Ryan Blaney when the caution lights came on just yards before he got to the line to win NASCAR's All-Star race and $1 million."I appreciate NASCAR for not making us come down pit road to fix it and letting me get it clipped back again to where we could stay out there," Blaney said.

Miller said the window net was up and there was no way for NASCAR to know whether Blaney got it 100% latched, but also couldn't be certain at that point if he didn't have it done.Former NASCAR All-Star winners Kyle Busch, Chase Elliott and Kyle Larson all crashed out in the second stage.It was the fourth All-Star race victory for Roger Penske's team.Busch, the polesitter and 2017 winner, was leading when he had a flat right rear tire coming out of the fourth turn on lap 48 late in the second stage.

That came only a few laps in the second stage after Larson, who had won his previous two All-Star starts (2019 and 2021), got loose going into fourth turn and slammed hard into the wall before sliding through the grass infield."It just let go in the center and took off," Larson said.

Blaney was second, just like he was at the end of the first stage after starting the race there

Blaney won the third 25-lap stage and started the final 50-lap run at the front with Penske teammates Cindric and Logano, whose team had the fastest pit stop between the second and third stages