Saturn And Jupiter In Opposition: Where And How To See It - NPR 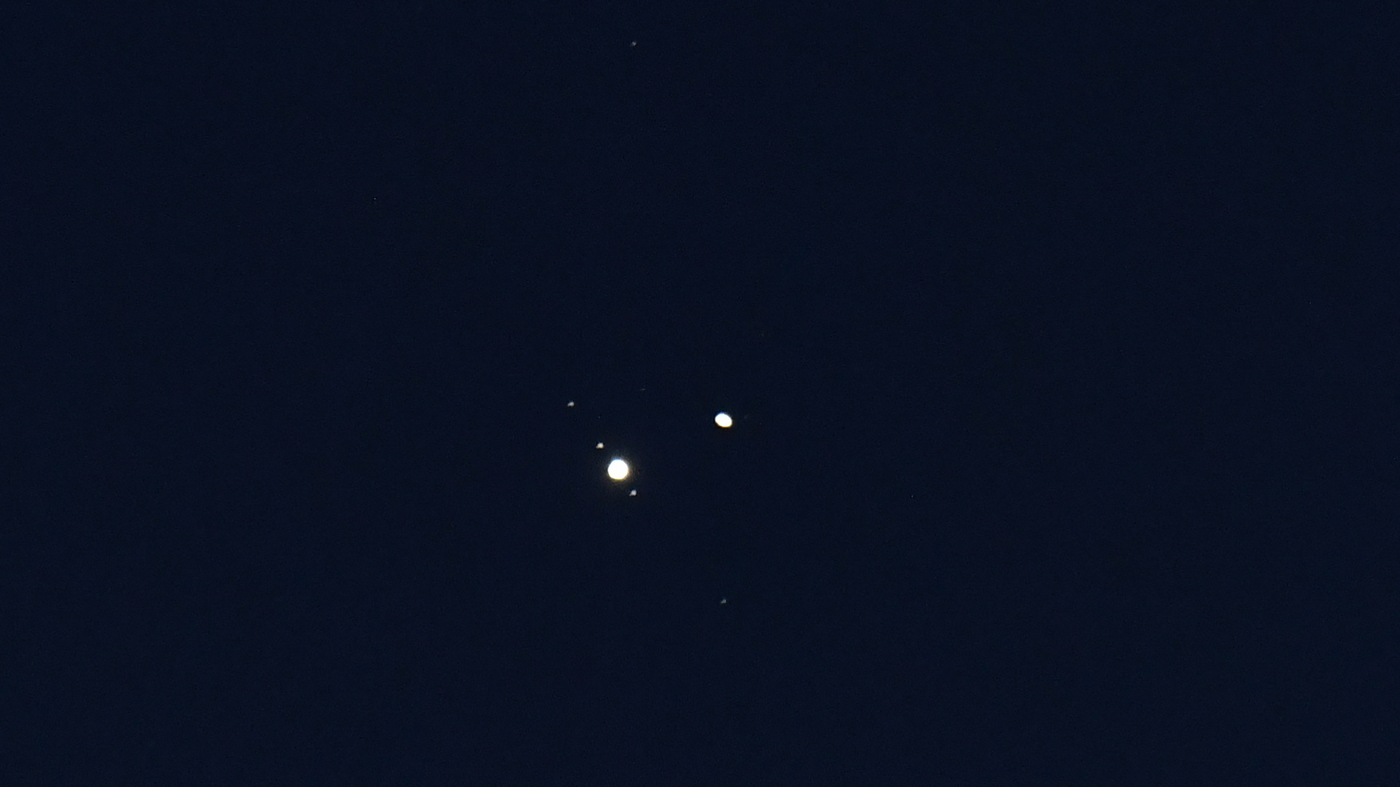 "So very roughly once a year, Saturn, Earth and the sun line up," he tells NPR.

"The brightest 'star' you'll see not far above the horizon is Jupiter, and Saturn is the fainter yellowish object about two fists seen at arm's length to its upper right," Rick Fienberg of the American Astronomical Society writes in an email to NPR.

However, with binoculars or a small telescope â€” and good seeing â€” you'll have the best chance all year to catch some really interesting detail.