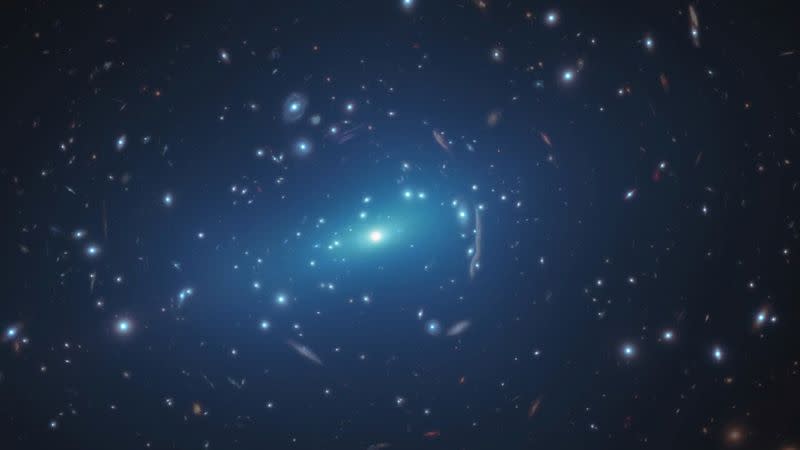 WASHINGTON (Reuters) - Dark matter, mysterious invisible stuff that makes up most of the mass of galaxies including our own Milky Way, is confounding scientists again, with new observations of distant galaxies conflicting with the current understanding of its nature.

Research published this week revealed an unexpected discrepancy between observations of dark matter concentrations in three massive clusters of galaxies encompassing trillions of stars and theoretical computer simulations of how dark matter should be distributed.

"Either there is a missing ingredient in the simulations or we have made a fundamental incorrect assumption about the nature of dark matter," Yale University astrophysicist Priyamvada Natarajan, a co-author of the study published in the journal Science, said on Friday.