Scientists kill 85 "murder hornets" and capture 13 alive: "This is only the start" - CBS News 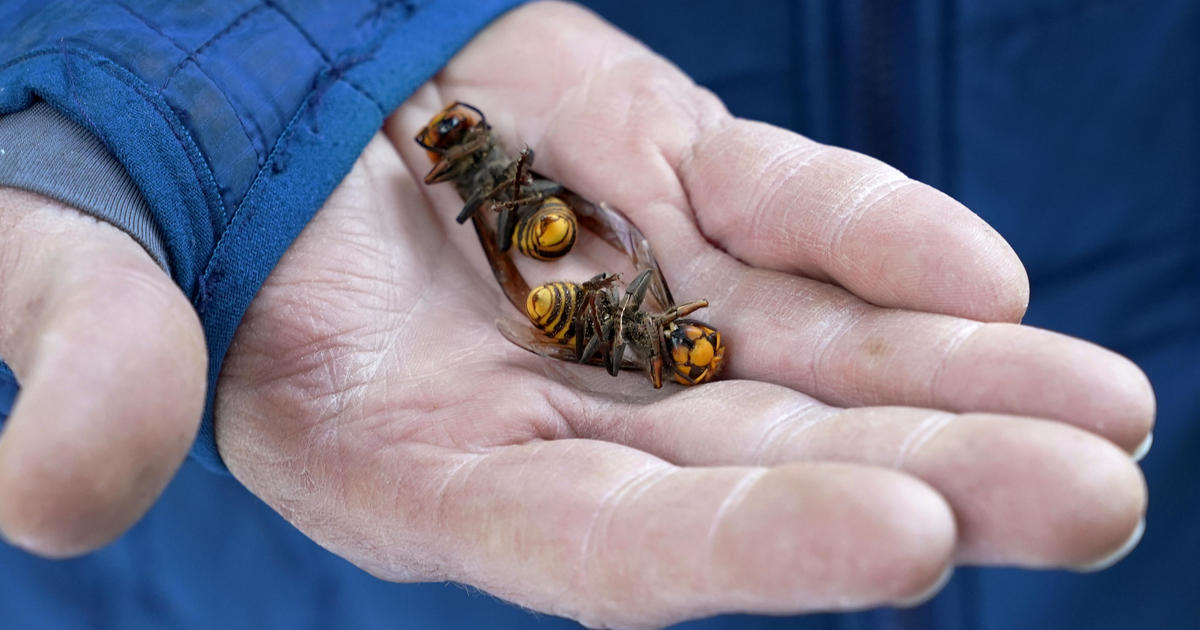 Oct 27, 2020 1 min, 27 secs
The nest, located in Whatcom County near the Canadian border, created concern because the Asian giant hornets are large and their sting can be lethal, especially if a person is stung numerous times.

"The WSDA is not selling any Asian giant hornet specimens," spokesperson Karla Salp said in response to questions from the public.

Another 85 Asian giant hornets in the nest were vacuumed up into a special container and died.

The nest, high up in an alder tree, was sealed with foam and shrink wrap and hornets that remained inside were asphyxiated, Spichiger said.

The queen hornet was not collected, although she is expected to be inside the nest, Spichiger said.

"This is only the start of our work to hopefully prevent the Asian giant hornet from gaining a foothold in the Pacific Northwest.'' he said, adding scientists will continue looking for a suspected one or two more nests in Whatcom County, near Blaine and Birch Bay.

When the hornets stopped coming out of the nest, the team pumped carbon dioxide into the tree to kill or anesthetize any remaining hornets.

WSDA will continue setting traps through at least November in hopes of catching any more Asian giant hornets still in Whatcom County.

WSDA has been actively searching for Asian giant hornet nests since the first hornets were caught earlier this year.

A small group of Asian giant hornets can kill an entire honeybee hive in a matter of hours.

When they found the nest on the property of a resident, researchers were disturbed to see a children's playset only about 30 feet away, Spichiger said.

It remains unclear if the hornets will establish a toehold in Whatcom County from which they could spread to other portions of the United States, Spichiger said.