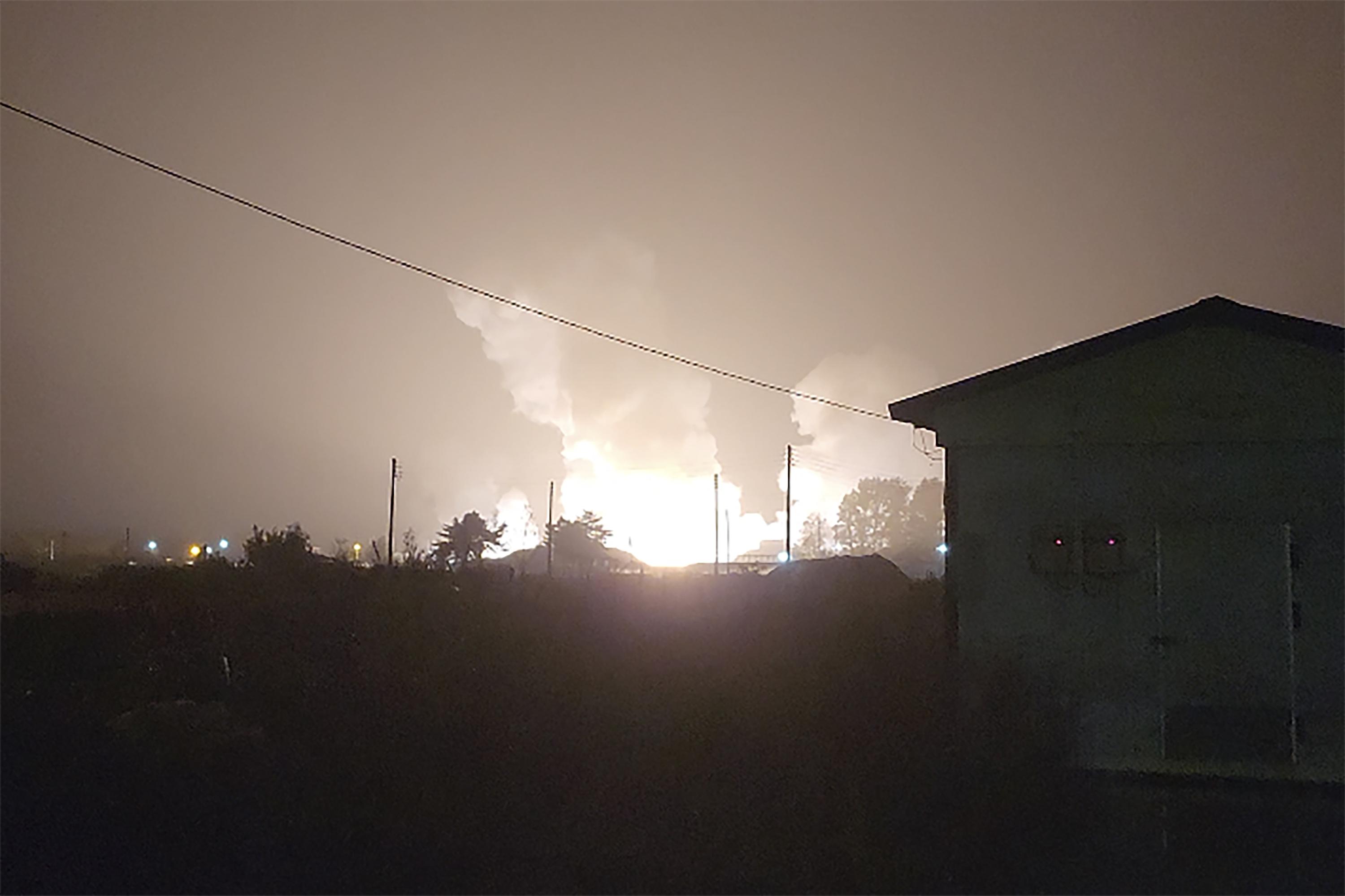 SEOUL, South Korea (AP) — A malfunctioning South Korean ballistic missile blew up as it plowed into the ground Wednesday during a live-fire drill with the United States that was a reprisal for North Korea’s successful launch a day earlier of a weapon that flew over Japan and has the range to strike the U.S.South Korea’s Joint Chiefs of Staff said no injuries were reported from the explosion, which involved a short-range Hyumoo-2 missile that crashed inside an air force base on the outskirts of the city.

and South Korean militaries are conducting the joint exercises to show their ability to deter a North Korean attack on the South.

Seoul’s Joint Chiefs of Staff said the U.S.The homegrown Hyumoo-2 is key to South Korea’s preemptive and retaliatory strike strategies against the North.

Some versions of the missile are similar to Russian-designed Iskander missiles, which also inspired a localized variant in North Korea as it expands its arsenal of nuclear-capable short-range weapons designed to evade South Korea’s missile defenses.

North Korea’s successful launch of a nuclear-capable ballistic missile hours before the drills was the country’s most provocative weapons demonstration since 2017 and was its fifth round of weapons tests in 10 days.South Korea’s Foreign Ministry said the country’s deputy nuclear envoy, Lee Tae-woo, met with U.S.

5 Jenna Ortega Didn’t Ask Christina Ricci For Advice On ‘Wednesday’: “I Didn’t Want To Be Too Much Like Her” - Deadline