Silent Synapses Are Abundant in the Adult Brain - Neuroscience News

Silent Synapses Are Abundant in the Adult Brain - Neuroscience News 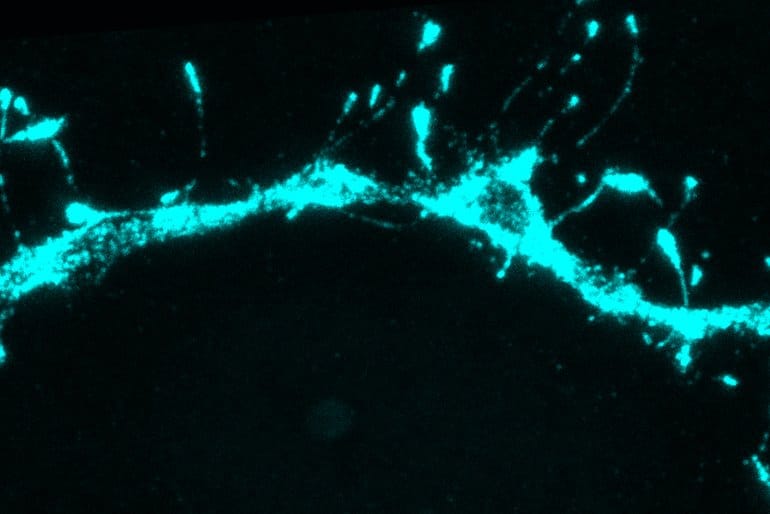 MIT neuroscientists have discovered that the adult brain contains millions of “silent synapses” — immature connections between neurons that remain inactive until they’re recruited to help form new memories.Until now, it was believed that silent synapses were present only during early development, when they help the brain learn the new information that it’s exposed to early in life.However, the new MIT study revealed that in adult mice, about 30 percent of all synapses in the brain’s cortex are silent.The existence of these silent synapses may help to explain how the adult brain is able to continually form new memories and learn new things without having to modify existing conventional synapses, the researchers say.

This lets the brain create new memories without overwriting the important memories stored in mature synapses, which are harder to change,” says Dimitra Vardalaki, an MIT graduate student and the lead author of the new study.

During early development, these synapses are believed to help the brain acquire the massive amounts of information that babies need to learn about their environment and how to interact with it.

However, some neuroscientists have proposed that silent synapses may persist into adulthood and help with the formation of new memories.As part of that study, the researchers tried to measure neurotransmitter receptors in different dendritic branches, to see if that would help to account for the differences in their behavior.

They also found that filopodia had neurotransmitter receptors called NMDA receptors, but no AMPA receptors.

NMDA receptors normally require cooperation with AMPA receptors to pass signals because NMDA receptors are blocked by magnesium ions at the normal resting potential of neurons.

Thus, when AMPA receptors are not present, synapses that have only NMDA receptors cannot pass along an electric current and are referred to as “silent.”.Using this technique, the researchers found that glutamate would not generate any electrical signal in the filopodium receiving the input, unless the NMDA receptors were experimentally unblocked.

This offers strong support for the theory the filopodia represent silent synapses within the brain, the researchers say.

Unexpectedly, about 25% of these synapses lack AMPA receptors

These putative silent synapses were located at the tips of thin dendritic protrusions, known as filopodia, which were more abundant by an order of magnitude than previously believed (comprising about 30% of all dendritic protrusions)These results challenge the model that functional connectivity is largely fixed in the adult cortex and demonstrate a new mechanism for flexible control of synaptic wiring that expands the learning capabilities of the mature brain

9 Do Sleep Medications Increase Your Chances of Dementia? - Neuroscience News

5 Scientists created a weird new type of ice that is almost exactly as dense as water - Livescience.com

9 Can you solve the seemingly impossible number of girls puzzle? - Boing Boing