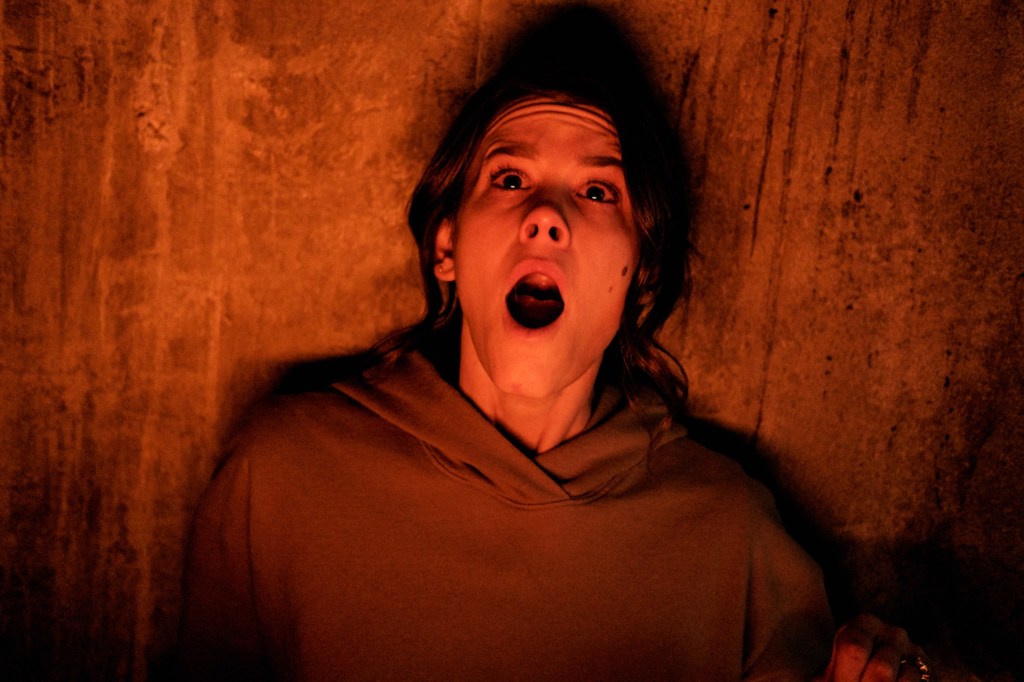 SATURDAY PM: Unlike other genre films during this lackluster time at the box office, Paramount’s Smile isn’t even beginning to frown this weekend.

Deadline hears the horror pic written and directed by Parker Finn had a strong Saturday of $7.4 million, off 10% from Friday’s and previews’ $8.2M, which will get Smile to a $20M opening.

In a deja vu to last weekend with New Line’s Don’t Worry Darling, another genre pic, this R-rated horror film has received a B- CinemaScore and a severe 69%/53% definite recommend on Comscore/Screen Engine’s PostTrak, a standard audience reaction for such fare.

We see one studio calling Smile at $20M, and frankly with this audience score, and the front-loaded nature of horror films, only tonight will determine if this goes up.

Last weekend, everyone got excited about the initial numbers they were seeing for Don’t Worry Darling, got over their skis, and called the weekend at $20M on Saturday AM before it eased to $19.3M by Monday.

Social media analytics corp RelishMix says, “Fans who state that they ‘have seen the film’, not only runs positive, but are also defending the film and suggesting that Don’t Worry Darling should be seen without watching the trailers so that audiences experience it with a clearest mindset.” Adds Relish, “Some fans are throwing in spoilers as well as incidental political shrapnel into threads.

YouTube views are drivers, while Instagram pages are where many of the behind-the-scenes and materials are being discovered, along with added conversation and flaming chatter.

Wilde has added 124K fans during the last week on Instagram, and there’s strong engagement on her BTS posts.

Styles posted on his concert Instagram and Twitter and popped another 1.4M on his HSHQ feeds too.

Again, not strong business, but where the movie played was the West and Midwest.

FRIDAY AM: Paramount’s horror movie Smile struck up $2M in Thursday night previews that started at 7 p.m., a figure that’s just above M

Paramount is expecting a high-teens start this weekend, while it won’t be shocking if Smile exceeds $20M

The movie from writer-director Parker Finn sits at 82% with RT audiences, which is very good

When the movie originally was conceived, there was a possibility it would go to Paramount+, however, a rock concert test screening propelled Smile‘s fate for a theatrical release

The pic’s cume for the first seven days is just slightly ahead of TriStar’s first week for The Woman King, which did $25.1M at 4,113 theaters

The Viola Davis movie was booked at 3,765 venues

8 Kickstarter Cancelled In The Most Brutal Way Possible - Kotaku

15 Putin is open to talks and diplomacy on Ukraine, Kremlin says - Reuters