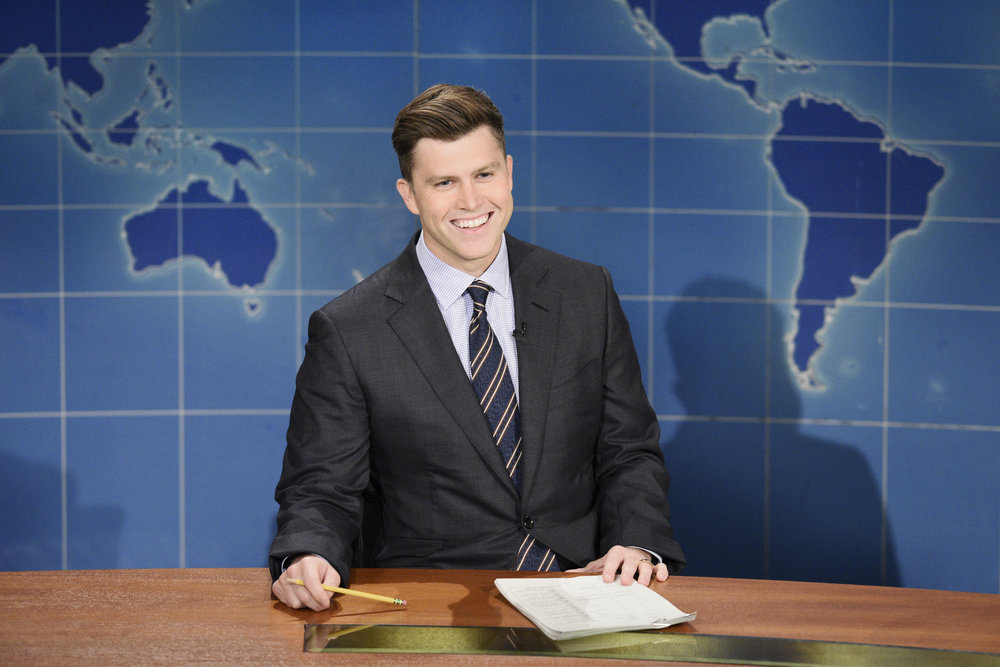 For the second half of Season 39, he hosted with Strong, but starting in fall 2014, he began hosting it with Michael Che.