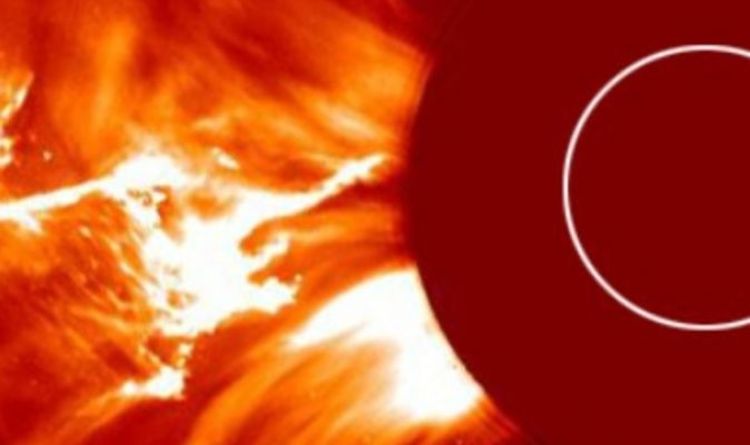 May 11, 2021 53 secs
An "erupting filament of magnetism" has been spewed into the solar system by the Sun at 328 kilometres per second, and it could collide with Earth.

The solar storm has been caused by a swirling pool of magnetism beneath the surface of the Sun, known as a sunspot.

However, as the magnetic field builds, it increases pressure in the sunspot which can erupt as a solar flare or coronal mass ejection (CME).A solar storm of this power can lead to “weak power grid fluctuations” and can have a “minor impact on satellite operations”.

Hurled toward Earth by an erupting filament of magnetism on May 9, the solar storm cloud is expected to arrive on May 12 or 13.