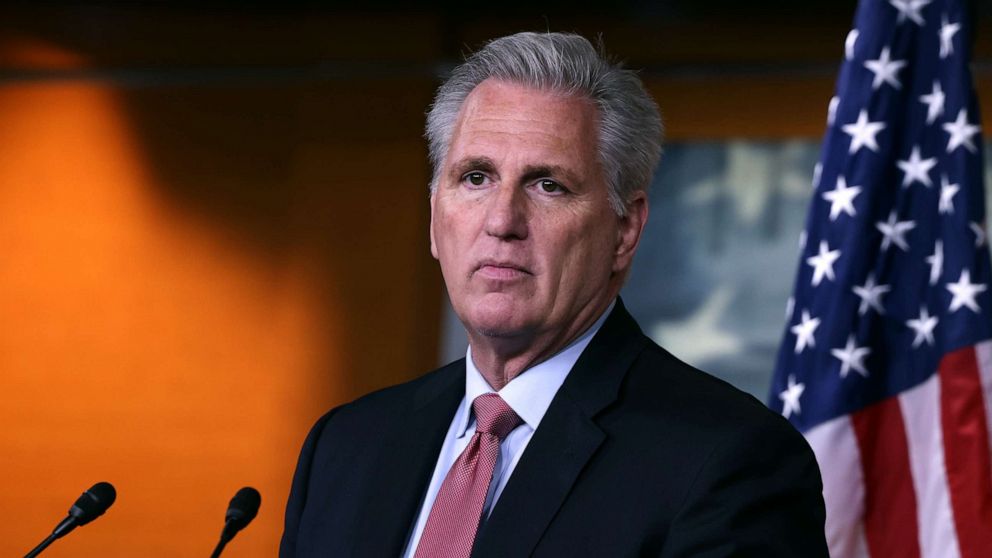 Aug 02, 2021 43 secs
An aide to McCarthy said "he was obviously joking" without commenting further.Some Democratic lawmakers are calling on House GOP Leader Kevin McCarthy to resign after he said over the weekend it would be "hard not to hit" House Speaker Nancy Pelosi with the speaker’s gavel he hopes to win if Republicans take back the House chamber in next year's midterm elections.

It will be hard not to hit her with it," McCarthy said at a GOP fundraiser in Nashville Saturday, after Tennessee’s Republican members of Congress gifted him with an oversized gavel.

While McCarthy's office hasn't commented publicly on the growing backlash to his comments, an aide to McCarthy said "he was obviously joking" without commenting further.

Eric Swalwell and Ted Lieu calling on McCarthy to resign.

Kevin McCarthy thinks joking about hitting a woman is funny.