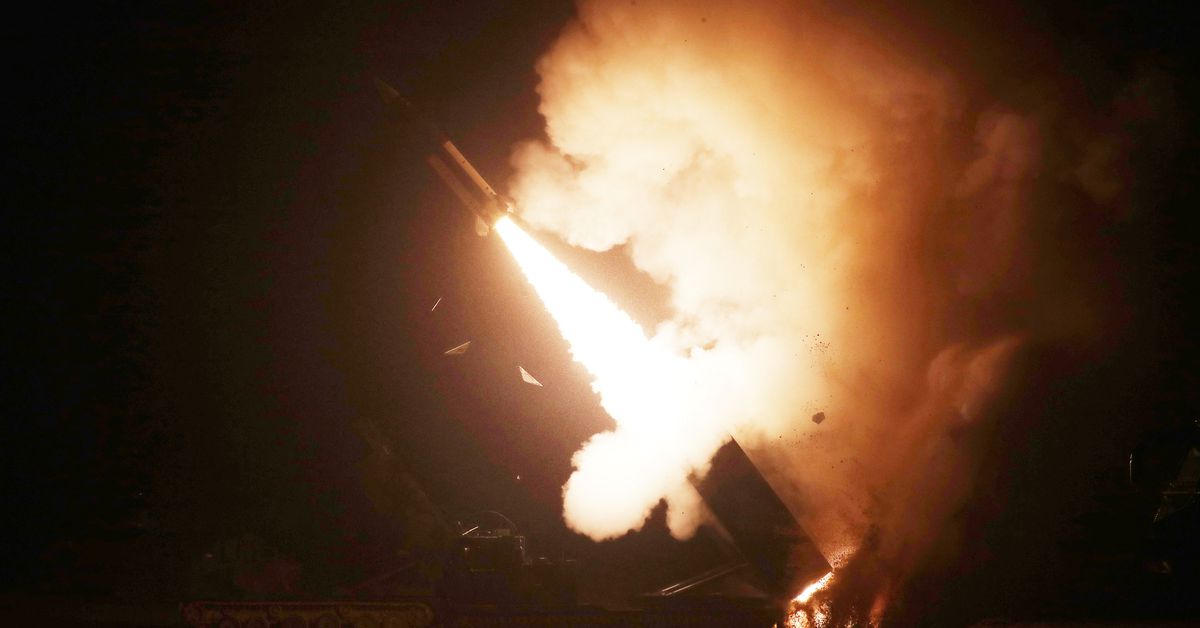 military conducted rare missile drills and an American supercarrier repositioned east of North Korea after Pyongyang flew a missile over Japan, one of the allies' sharpest responses since 2017 to a North Korean weapon test.Nuclear-armed North Korea test-fired an intermediate-range ballistic missile (IRBM) farther than ever before on Tuesday, sending it soaring over Japan for the first time in five years and prompting a warning for residents there to take cover.South Korean and American troops fired a volley of missiles into the sea in response, South Korea's Joint Chiefs of Staff said on Wednesday, and the allies earlier staged a bombing drill with fighter jets in the Yellow Sea.

The South Korean military called it a "highly unusual" move designed to show the allies' resolve to respond to any threats from North Korea.

The fire was caused by burning rocket propellant, and although the missile carried a warhead, it did not explode, South Korea's military said.It's not rare for military hardware to fail, and North Korea has suffered several failed missile launches this year as well.It was the first North Korean missile to follow a trajectory over Japan since 2017, and its estimated 4,600 km (2,850 mile) flight was the longest for a North Korean test, which are usually "lofted" into space to avoid flying over neighbouring countries.Analysts and security officials said it may have been a variant of the Hwasong-12 IRBM, which North Korea unveiled in 2017 as part of what it said was a plan to strike U.S.The flight has increased concerns that North Korea may soon conduct an expected nuclear test, which would be the first since 2017.South Korean officials said North Korea had completed preparations for a test and might use a smaller weapon meant for operational use, or a big device with a higher yield than in previous tests.

1 Putin is open to talks and diplomacy on Ukraine, Kremlin says - Reuters

3 'It has kind of rocked us': After Walmart shooting, Chesapeake faces all-too-familiar scenes

14 'Frightful' never-before-seen tyrannosaur might be the 'missing link' in T. rex evolution - Livescience.com