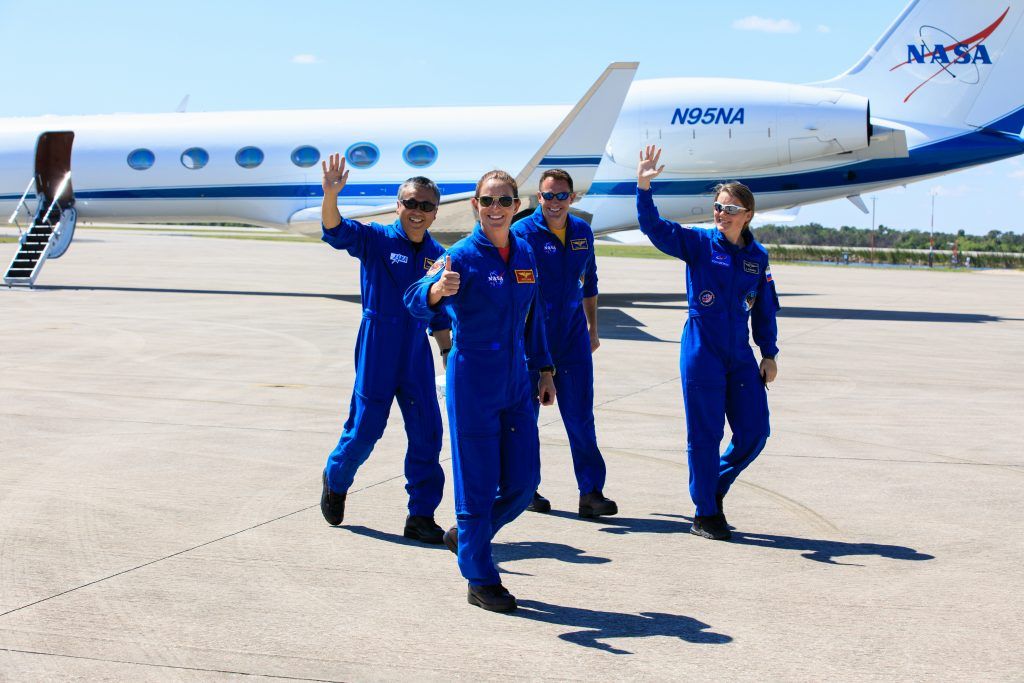 The crewmembers of SpaceX's next astronaut mission for NASA have made it to the launch site.That flight, called Crew-5, is scheduled to lift off from Pad 39A at Florida's Kennedy Space Center (KSC) on Oct.

They were originally supposed to be at KSC already; NASA and SpaceX had been targeting an Oct.

3 launch for Crew-5, but Hurricane Ian forced a two-day delay.

The SpaceX Falcon 9 rocket and Dragon capsule that will fly Crew-5 didn't need to roll back; they just made the trip to Pad 39A from SpaceX's processing facility at KSC on Saturday (opens in new tab).Crew-5 will send Mann, Cassada, Wakata and Kikina to the International Space Station for a roughly five-month stay.

It's a historic mission for several reasons: Mann will become the first Native American woman to reach space, and Kikina will be the first cosmonaut to fly to the orbiting lab with SpaceX.

— Artemis 1 will roll off launch pad to ride out Hurricane Ian.

The NASA center apparently made it through the maelstrom without suffering much damage, and KSC employees went back to work on Friday (opens in new tab) (Sept. 30).

Michael Wall is a Senior Space Writer with Space.com (opens in new tab) and joined the team in 2010. He primarily covers exoplanets, spaceflight and military space, but has been known to dabble in the space art beat. His book about the search for alien life, "Out There," was published on Nov.

11 Spotify 2022 Wrapped: How to Watch (and Rewatch) Your Personalized Recap - CNET

14 This Was the Worst Thanksgiving Weekend in Box-Office History. - IndieWire