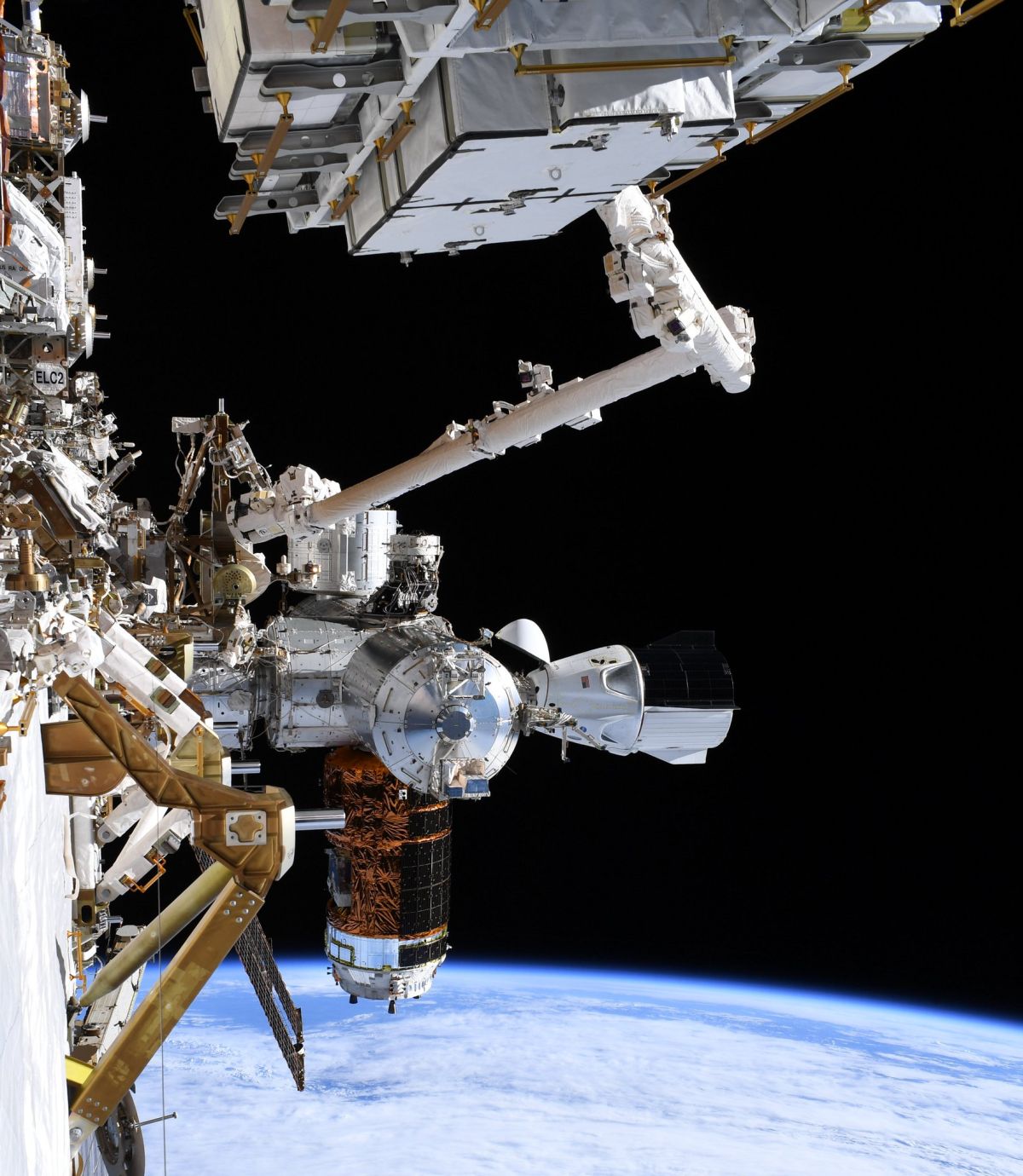 NASA astronauts got a "pretty awesome" view of SpaceX's Crew Dragon vehicle docked with the International Space Station during a spacewalk on Friday (June 29).

Astronauts Chris Cassidy and Bob Behnken got the view of a lifetime when they stepped outside the space station to replace the outpost's old solar array batteries.

The star of that view was Endeavour, the SpaceX Crew Dragon spacecraft that delivered Behnken and his fellow NASA astronaut Doug Hurley to the station May 30 on their Demo-2 mission.

"Yesterday @Astro_SEAL snapped this shot from our worksite on @Space_Station' - @SpaceX's Crew Dragon and @JAXA_en's HTV in clear view.

Today (June 29), when asked about the most memorable moments from this spacewalk during a media conference from aboard the space station, Behnken noted this view as one of those moments.

"Chris and I had a great event last Friday and a wonderful view of Dragon," Behnken said!

Yesterday @Astro_SEAL snapped this shot from our worksite on @Space_Station – @SpaceX’s Crew Dragon and @JAXA_en’s HTV in clear view.

While Behnken and Hurley, who assisted with the spacewalk from aboard the space station, remain on orbit, Endeavour will continue to go through tests as the Demo-2 mission is a test flight for the vehicle.