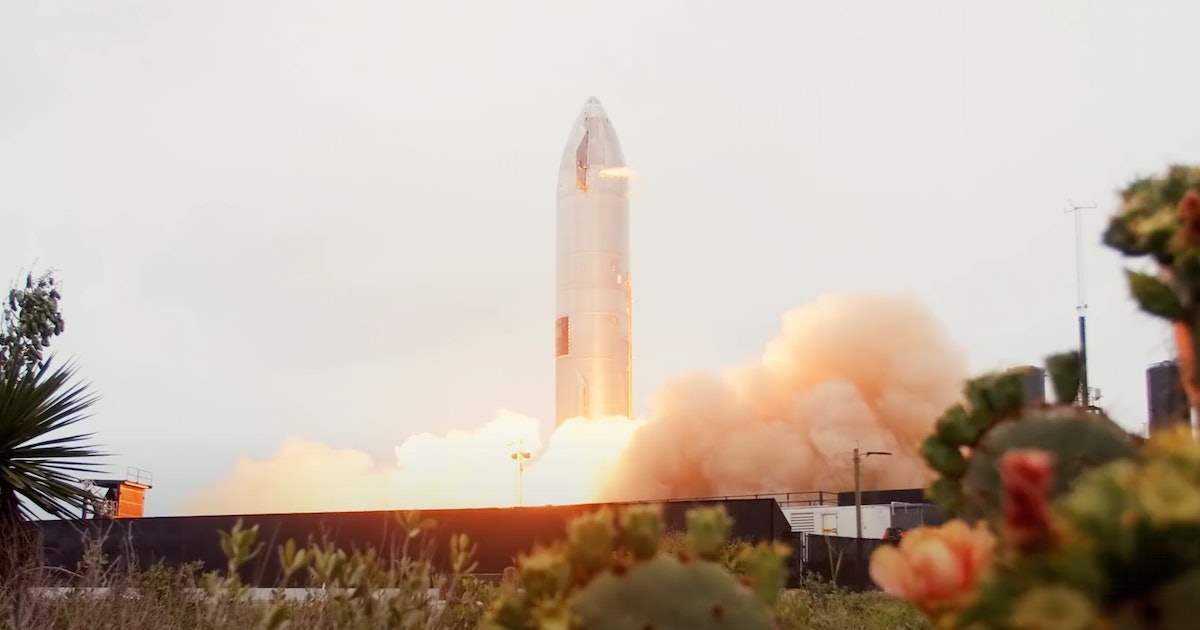 May 12, 2021 42 secs
SpaceX's Starship recently passed an impressive milestone, and the feat has now been captured in new slo-mo footage!

SpaceX successfully — bar a few flames — launched and landed a prototype of its Starship rocket earlier this month.

CEO Elon Musk claimed two days after the launch that the team may try to re-fly the ship soon.

Footage captured by NASASpaceflight and shared Wednesday also showed the SN15 prototype rolling back out to the launch pad.

This addition to the Starship vehicle, which has never flown before, will add the power necessary to launch the ship from Earth into orbit.