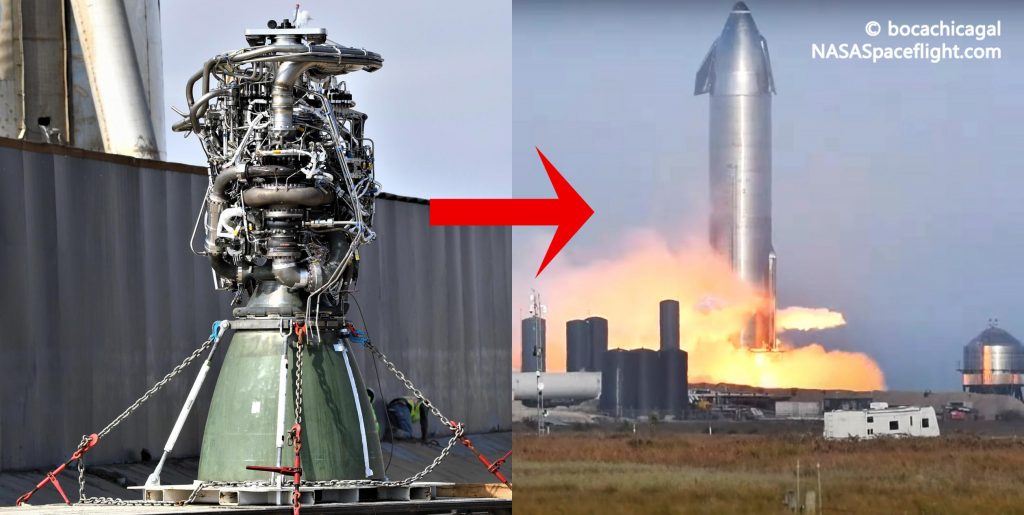 Feb 26, 2021 1 min, 0 secs
SpaceX has reportedly swapped a “suspect” Raptor engine installed on Starship serial number 10 (SN10) in record time, setting the company up for what appeared to be an excellent static fire just 48 hours after the first test.Within ~18 hours of Tuesday’s “suspect” Starship SN10 static fire, SpaceX dispatched a replacement Raptor down the road from a nearby storage site.

Another ~12 hours after that, SpaceX teams cleared the launch pad for Starship SN10 to attempt a second static fire and (hopefully) qualify the rocket for flight.

Case in point, after Tuesday’s 5pm CST static fire, it took SpaceX less than 48 hours to pore through the test’s data, conclude that one of SN10’s three Raptor engines was “suspect,” select a replacement engine, remove the faulty engine, install that replacement, and fire up Starship SN10 a second time.

By all appearances, SpaceX turned Starship SN10 around in 48 hours, performing what looked like a full-duration, nominal three-engine static fire on February 25th.