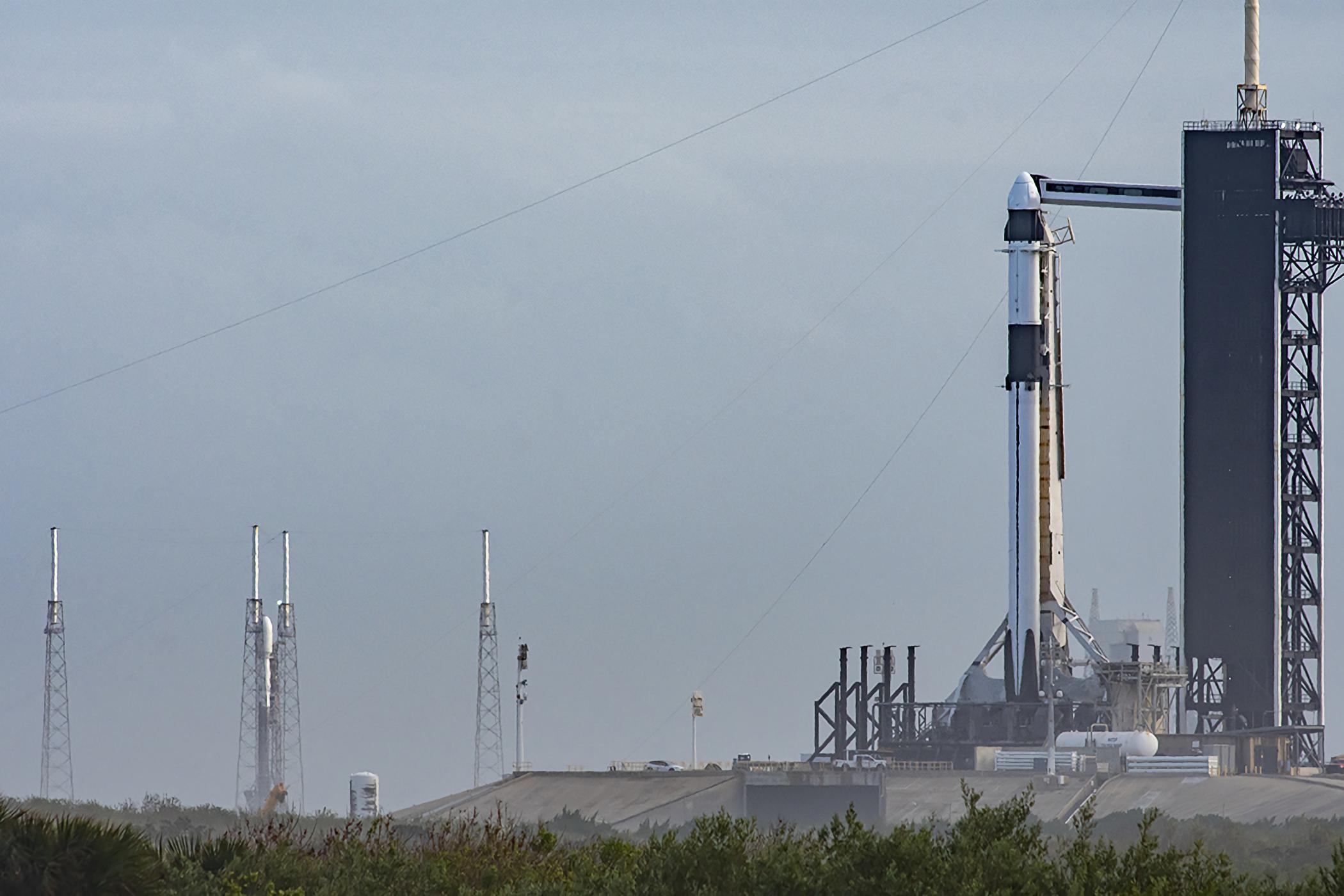 Update: The first of two SpaceX launch attempts scheduled on Tuesday, November 22nd has been called off by poor weather.

The weather for the second attempt, carrying a Eutelsat communications satellite, is expected to be just as poor, but SpaceX is still working towards a 9:57 pm EST (02:57 UTC) launch in spite of CRS-26’s bad luck.

SpaceX says it will attempt to launch two Falcon 9 rockets six hours apart after delaying a mission that was scheduled to lift off on November 21st.

But SpaceX says it will still attempt to launch the Eutelsat 10B communications satellite around 9:57 pm EST (2:57 UTC) on Tuesday, November 22nd, after delaying a November 21st attempt “to allow for additional pre-flight checkouts.” Only a few days prior, SpaceX indefinitely delayed a different Falcon 9 launch after apparently uncovering a problem during prelaunch testing.

Despite back-to-back delays caused by apparent technical issues with two other Falcon 9 rockets, SpaceX’s next Cargo Dragon resupply mission to the International Space Station remains on track to launch as early as 3:54 pm EST (20:54 UTC) on November 22nd.

SpaceX discovered a small leak in the Dragon spacecraft earlier this month, forcing it to push the launch from November 21st to November 22nd.

In an unusual first, Eutelsat 10B will be the third SpaceX launch this month to intentionally expend a Falcon booster as Falcon 9 B1049 – the oldest in the fleet – flies its tenth and final mission.

8 After lunar flyby, NASA’s Orion spacecraft is set to splash down on Sunday - Ars Technica

9 The Love Horoscope For Each Zodiac Sign On Wednesday, December 7, 2022 - YourTango

12 RSV may be leveling off, but flu cases are still soaring. Here’s the latest on respiratory viruses slamming hospitals. - Yahoo! Voices