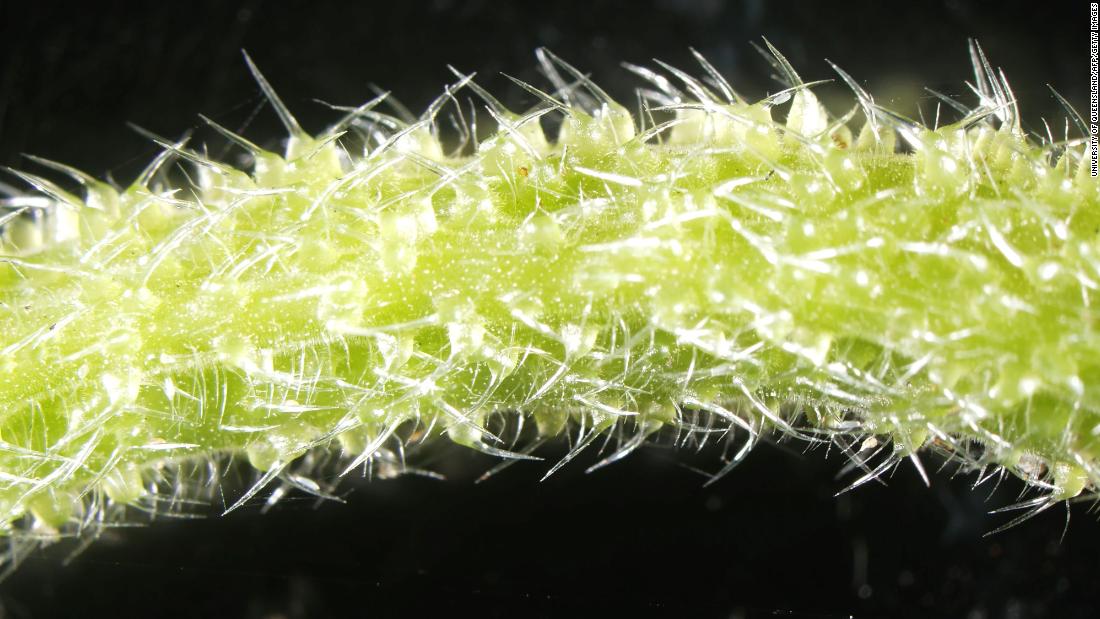 Unlike its American and European counterparts, being stung by a dendrocnide tree -- which means "stinging tree" -- can cause pain that lasts for days -- or even weeks.

Researchers hope the study, published Wednesday in the Science Advances journal, will help provide new information as to how pain-sensing nerves function, and help in developing painkillers.

"The Australian stinging tree species are particularly notorious for producing [an] excruciatingly painful sting," said Irina Vetter, associate professor at the University of Queensland's Institute for Molecular Bioscience, in a statement.

The dendrocnide plant, commonly referred to by its indigenous name the "Gympie-Gympie" tree, is a rainforest nettle that can be found in eastern parts of Australia.

Like other nettle plants, the trees are covered in fine, needle-like hairs and are known to cause extreme, long-lasting pain.

Until recently, scientists were unable to figure out which molecules inside the plant caused such severe pain.

Similar plants normally contain small molecules such as histamine, acetylcholine and formic acid, but none of these cause the severe pain elicited by Gympie-Gympie trees, which suggested to researchers that there was an unidentified neurotoxin to be found.

The team discovered a new type of neurotoxin, coined as "gympietides" -- which they named after the plant.