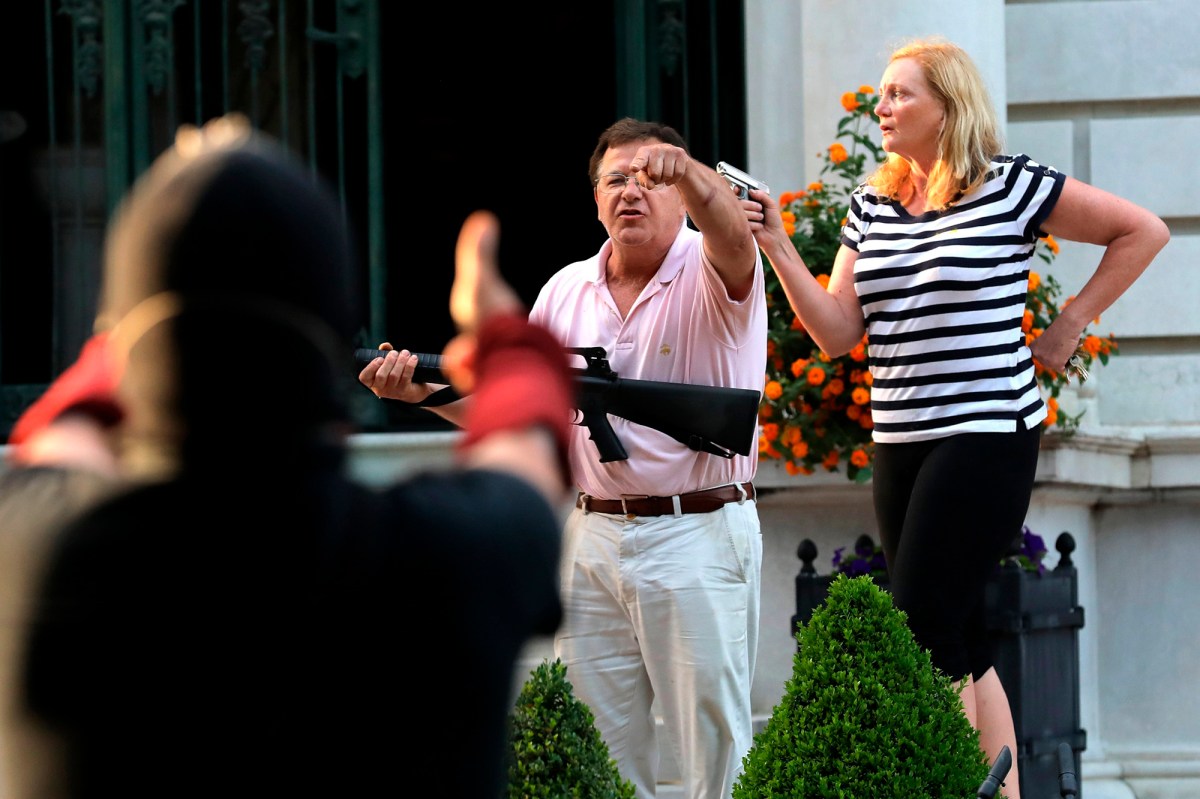 Jun 17, 2021 45 secs
Louis couple who made headlines for drawing weapons on Black Lives Matter protesters pleaded guilty to misdemeanor charges Thursday — as the unapologetic husband vowed he’d “do it again” if he had to.Mark McCloskey pleaded guilty to fourth-degree assault and was fined $750, while his wife, Patricia, copped to harassment and was fined $2,000 to settle the case stemming from the high-profile encounter last year.“I’d do it again,” a defiant Mark McCloskey, a lawyer running for Congress, said outside the courthouse.

The McCloskeys were ordered to give up the firearms they used in the June 28 showdown — but can keep the other weapons they own.