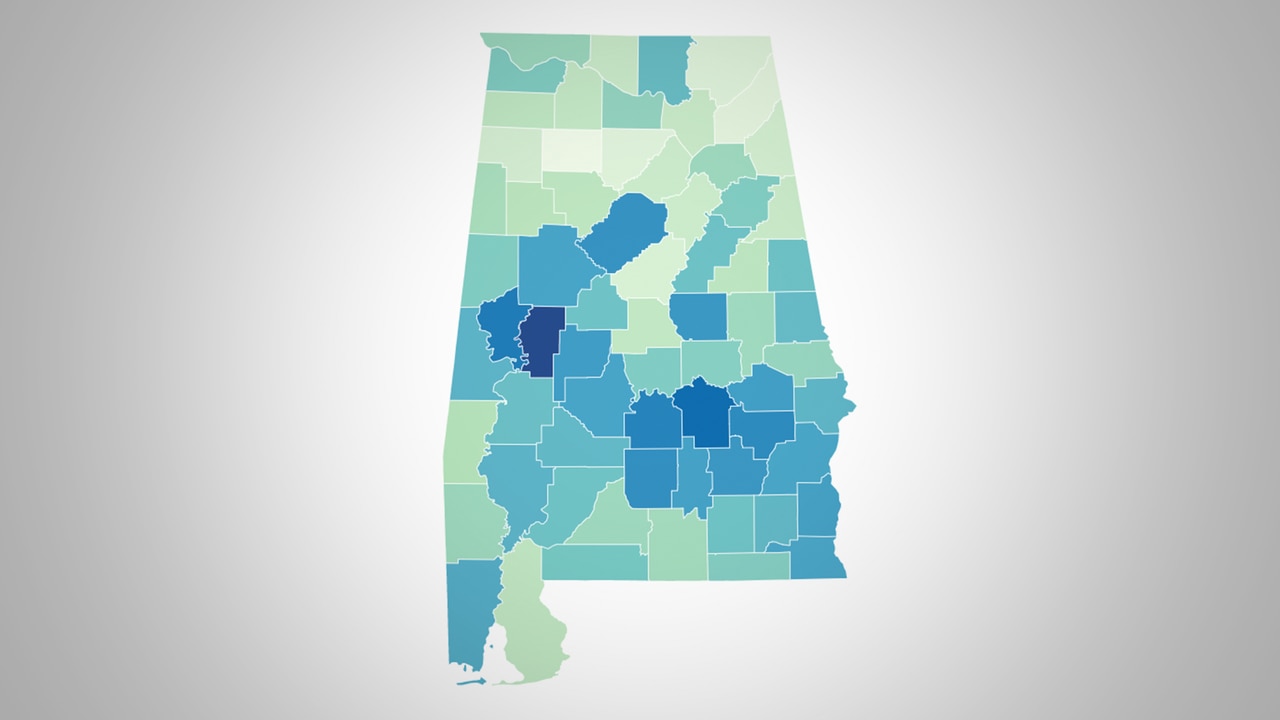 According to data from the Alabama Department of Public Health, STDs in Alabama rose dramatically between 2020 and 2021.STD rates vary widely by county, with some areas seeing rates above 22 cases per 1,000 residents and others seeing less than three per 1,000.The Black Belt region - one of the poorest regions in the nation - saw some of the highest STD rates in the state in 2021.

Each of the six Alabama counties with the highest STD rates were in the Black Belt, including the highly populated Montgomery County, home of the state capital, which saw a rate of 18.7 cases per 1,000 people, the second highest in Alabama.

Jefferson County, home of Birmingham and the most populous county in Alabama, saw nearly 15 cases per 1,000, the seventh highest rate in the state.

Mobile County, the second largest county in Alabama, ranked just inside the top 20 for STD rate, with 11.8 per 1,000 residents.

Each of those large counties saw a higher rate than the state as a whole, which came in at 9.9 cases per 1,000.But the year-to-year difference from 2020 to 2021 likely isn’t because of a large change in actual cases, but rather a large change in testing, according to Dr.

And in many cases, testing is key because many STDs won’t be caught without a test.

4 Prince Harry and Meghan, Duchess of Sussex will visit UK and Germany in September - CNN

6 A new chapter in the search for alien planets - Axios

11 Perseid Meteor Shower: When It Is and How to Watch the Peak - The Wall Street Journal

12 Scientists Say 'space Bubbles' Could Shield Earth From The Sun, But Would It Work? - ScienceAlert

15 Perseid meteor shower peaking now, but bright moon will get in the way - Space.com